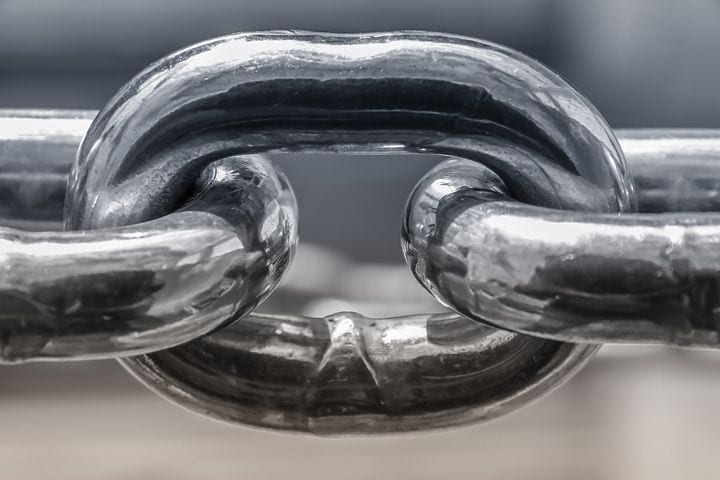 And indeed there will appear a people from my Ummah in whom desires will run through them just as rabies runs through a dog. [Reported by Imaam Abu Daawud [rahimahullaah]. Number: 4597. Declared Hasan by Imaam Albaani [rahimahullaah]

Al-Allaamah Ahmad Bin Yahyah An-Najmi [rahimahullaah] said: This is [something] that has taken place; for indeed you see that many amongst the people of those desires [i.e. bidah] do not submit to the truth. They do not return to it (i.e. the truth) after being aware of it, just like the dog afflicted with rabies. Rabies is the disease that afflicts a dog and when afflicted by it, it persists and does not subside; rather it becomes mad or like a mad one. It does not drink water; rather it wishes to bite anyone it finds. [Source: Fat-hul Raheem Al-Wadood Fee At-Ta’leeq Alaa Kitaab As-Sunnah Min Sunan Abee Daawud’ page 53]

Ibn Abbaas [radiyallaahu-anhumaa] said: Do not sit with the people of desires [i.e. ahlul bidah], for indeed sitting with them will cause sickness to the hearts. [Al-Ibaanah 2/438]

What Should We Do When The Evil Desires of Ahlul Bidah Increase?

Shaikh Rabee [may Allaah preserve him] said, “It is obligated on the people of truth to exercise patience and increase in adhering to this religion of truth. Whenever the desires become abundant, it becomes necessary to increase in acquainting (oneself) with the truth and adhering to it, as the Messenger (alayhis salaatu was-salaam) said: ‘The one who lives long amongst you will see a lot of differences, so upon you is that you follow my Sunnah and the Sunnah of the rightly guided khulafaa. Bite onto it with your molar teeth (i.e. hold onto it firmly) and beware of newly invented matters (in the religion), for every newly invented matter (in the religion) is a bidah and every bidah is misguidance.’” [Majmoo 14/294 (3rd paragraph)]

Imaam Sufyaan Ath-thawri [rahimahullaah] said, “The one who sits with a person of innovation is not safe from one of three [calamities]: Either he becomes a trial for other than himself; or something of [misguidance] enters into his heart, and thus he slips by way of that and Allaah enters him into the hell fire; or he says, ‘By Allaah, I don’t care what they say because I am sure of myself’. But whoever feels safe about his religion [i.e. without Allaah’s guidance, protection etc] in the twinkling of an eye, it will be snatched away from him”. [Source: البدع والنهي عنها  by Ibn Wadaah. page 54].

The word [ظلم –wrong] in [this ayah] can [mean] disbelief; it can mean bidah and it can be [فسوق  i.e. sinful, immoral behaviour], because (ظلم) can be applicable to all [i.e. in different contexts]. Therefore, we refrain from inclining towards the evil doers, the people of bidah, the Kuffaar, the Ilmaaniyyoon and other than them. And we protect ourselves, our Aqeedah, the Eemaan and sound religion which Allaah has bestowed on us.

It is enough for us to remember that the Salaf fled from Fitan – not mixing, sitting and debating with the people of Fitan. And even amongst them, such as the likes of Ayyoub As-Sakhtiyaanee and Ibn Seereen did not listen to the speech of those [people of bidah]. And when Ibn Seereen was asked,  “Why do you not speak; why do you not listen to them?” He said, “Indeed, my heart is not in my hands! I am not in control of my heart; I fear for myself that I may be misguided”. So the likes of these Imaams feared fitna and deviation for themselves; but you the Miskeen possess that bravery to enable you to challenge ahlul bidah….!!! Many people say, “We sit with ahlul ahwaa [i.e. the people of desires] and we take [from them]; we distinguish between truth and falsehood; we take what is truth and abandon falsehood”, whilst he [i.e. the utterer of this speech] is a Miskeen who can neither distinguish between truth and falsehood nor is he in control of his heart. How many a young person has been put to trial through this satanic view and thus he [becomes] degraded, reverts back on his heels [into misguidance] and depraved, and Allaah’s Aid is sought. He falls prey in the arena of the people of fitan! Therefore, it is obligated on a student of knowledge not to [regard] himself safe from ahlul bidah, for indeed he is not more knowledgeable than Ayyoub and Ibn Seereen, nor can he reach their station [in knowledge, piety etc] and those who followed them. [Source: An Excerpt from (الذريعة إلى بيان مقاصد كتاب الشريعة ) Vol 1 pages 192-193. Slightly paraphrased]

Imaam Ibnul Qayyim (rahimahullaah) said that if one confuses one of these groups with the other, he might fall into evil and they are: The First Group are those whose company is like nourishment which one cannot do without in the morning and evening. One leaves it after fulfilling his need and returns to it when he is in need (again). This is how it is on a permanent basis (with such nourishment). The ones [intended in this similitude] are those who know Allaah, His commandments, the plots of His enemies, the diseases of the hearts and their remedies (i.e. the scholars). They are sincere to Allaah, His Messenger and His creation, and there are comprehensive benefits in their company.

The Second Group are those whose company is similar to medication that is needed during illness. So, as long as you are healthy, you are not in need of intermingling with them. They are those you cannot do without in (seeking after) the beneficial things of livelihood and fulfilment of various dealings, partnerships, consultation, medication and the likes.

The Forth Group are those whose company is absolute destruction and intermingling with them is similar to eating poison. How common is this similitude within the people! May Allaah not make them numerous, and they are Ahlul Bidah Wad Dalaalah (The people of innovation and misguidance). They are those who hinder (people) from the path of the Messenger (sallal-laahu-alayhi-wasallam) and call to that which is in opposition to it. They are those who hinder (people) from the path of Allaah and seek to make it cooked; so they present innovation as Sunnah and Sunnah as innovation, and they present virtue as evil and evil as virtue. And when you established Tawheed amongst them, they say: You have degraded the Awliyaa (friends of Allaah) and the righteous people. And when you establish ittibaa (correct adherence to the path of the messenger with evidence) they say: You have invalidated (the affair) of the followed Imaams. And when you command that which Allaah and His Messenger command and forbid that which Allaah and His Messenger forbid, they say: You are from those who put people to trial. [Source: An Excerpt from بدائع التفسير الجامع لما فسره الإمام ابن القيم الجوزيةVol: 3, Page: 467-469- slightly paraphrased]