Militant Atheists: What Was The End of Your Predecessors Who Argued Against The Aayaat of The Creator And Were Deceived By The Temporary Worldly Life? 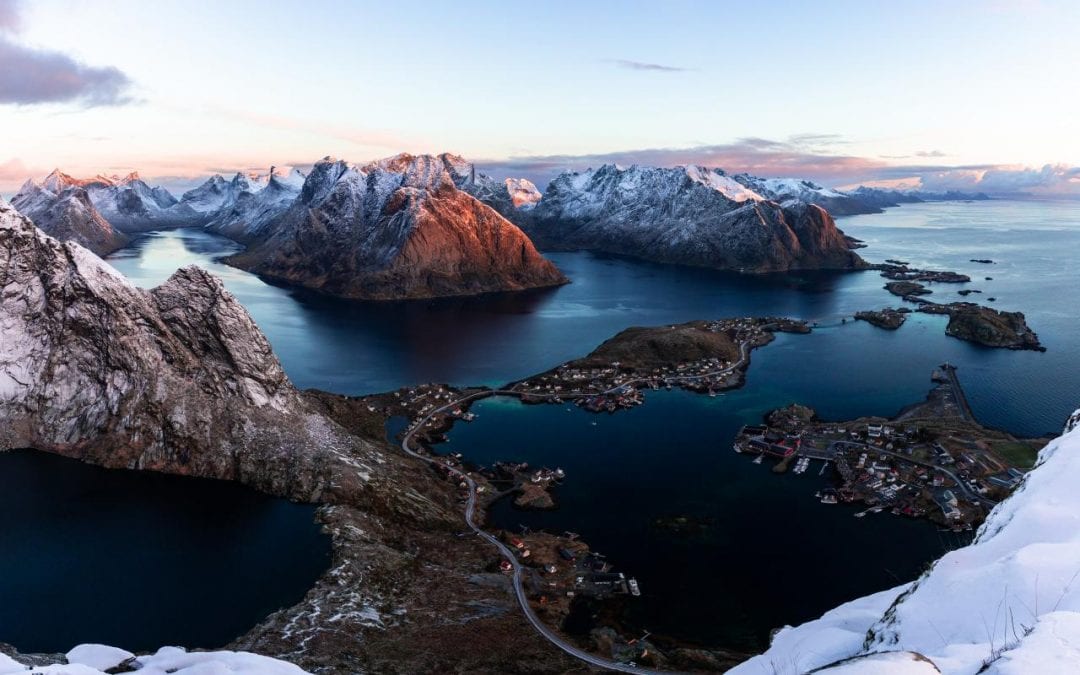 None disputes in the Aayat [proofs, evidences, verses, lessons, signs, revelations, etc.] of Allaah. Except those who disbelieve. So, let not their ability of going about here and there through the land [for their purposes] deceive you [O Muhammad , their ultimate end will be the Fire of Hell]! [Surah Ghaafir. Aayah 4]

Allaah informed [us that]: [مَا يُجَـٰدِلُ فِىٓ ءَايَـٰتِ ٱللَّهِ إِلَّا ٱلَّذِينَ كَفَرُواْ   – None disputes in the Aayat (proofs, evidences, verses, lessons, signs, revelations, etc.) of Allaah, except those who disbelieve].  The intended meaning behind the word ‘disputes’ is disputation in order to reject Allaah’s Aayaat and oppose them with falsehood. This is a deed of the disbelievers, but as for the believers they humble themselves to Allaah [The Most High], for indeed Allaah  makes statements of truth to invalidate falsehood.

It is not permissible for a person to be deceived and thinks that the favours Allaah has bestowed on him in this worldly life proves that Allaah loves him and that he is upon the truth. And for this reason, Allaah [The Most High] said: [فَلَا يَغۡرُرۡكَ تَقَلُّبُہُمۡ فِى ٱلۡبِلَـٰدِ – So let not their ability of going about here and there through the land (for their purposes) deceive you]- Meaning: Going back and forth in pursuit of various affairs of trade and earnings; rather what is obligated on a servant is that he utters the truth to the people, examines the state of affairs based on the divine revelation and passes judgement based on that. He does not weigh up the truth [based on the desires, views, likes or dislikes of] the people, just as what the one who neither has knowledge nor [sound] intellect does. [An Excerpt from ‘Tayseer Al-Kareem ar-Rahmaan Fee Tafseer Kalaam Al-Mannaa. Slightly paraphrased]

And among mankind is he who disputes concerning Allah, without knowledge, and follows every rebellious (disobedient to Allah) Shaitan (devil) (devoid of each and every kind of good). [Surah Al-Hajj. Aayah 3]

There is a group amongst mankind who follow the path of misguidance. They argue based on falsehood and portray it as the truth- wish to certify falsehood as truth and falsify the truth. The true state of affairs regarding them is that they are upon extreme ignorance and do not possess any knowledge, and the most they have is blameworthy blind following of their misguided figureheads among the rebellious devils- rebels against Allaah and His Messengers. They [behave] obstinately towards Allaah and His Messengers; oppose Allaah and His Messenger [Muhammad (sallal-laahyu-alayhi-wasallam)] and became amongst those figureheads who call to the hell fire. [Source: See ‘Tayseer Al-Kareem Ar-Rahmaan Fee Tafseer Kalaam Al-Mannaan’. Slightly paraphrased]

The people of Nuh [Noah] and the confederates after them denied [their Messengers] before these, and every [disbelieving] nation plotted against their Messenger to seize him, and disputed by means of falsehood to refute therewith the truth. So, I seized them [with punishment], and how [terrible] was My punishment! Thus, has the Word of your Lord been justified against those who disbelieved, that they will be the dwellers of the Fire. [Surah Ghaafir. Aayaat 5-6]

Allaah [The Most High] mentioned -in this Aayah- those who argue against His Aayaat to nullify them [i.e. they argued against Allaah’s Aayaat to declare them false], just as the previous nations before them did, such as the people of Nooh, Aad and those confederates who formed an illegal partisanship, gathered against the truth and to aid falsehood, until they reached [that state, which is]: [وَهَمَّتْ كُلُّ أُمَّةٍ بِرَ‌سُولِهِمْ لِيَأْخُذُوهُ -And every (disbelieving) nation plotted against their Messenger to kill him].

This is the [most dangerous situation] the Messengers can find themselves in- the ones [i.e. the Messengers of Allaah] who are the [only perfect] leaders of the righteous people and possessors of pure truth about which there is neither any doubt nor ambiguity; however, they plotted to kill them. Is there any act of rebellion, misguidance and wretchedness [worse] than this?! So, for this reason [the plotters deserved] a great punishment which they cannot escape.

Allaah [The Most High] mentioned the punishment they [received] in this worldly life and what they will [receive] in the afterlife: [فَأَخَذْتُهُمْ -So I seized them]-Meaning: [Destroyed] due to their act of wilful denial [i.e. their wilful denial of Allaah’s Aayaat by way of arguing with falsehood and plotting to kill Allaah’s Messengers] and their illegal partisanship. [فَكَيْفَ كَانَ عِقَابِ- And how (terrible) was My punishment!] [وَكَذَٰلِكَ حَقَّتْ كَلِمَتُ رَ‌بِّكَ عَلَى الَّذِينَ كَفَرُ‌وا أَنَّهُمْ أَصْحَابُ النَّارِ‌ -Thus has the Word of your Lord been justified against those who disbelieved, that they will be the dwellers of the Fire]. [Source: An Excerpt from Tayseer Al-Kareem Ar-Rahmaan Fee Tafseer Kalaam Al-Mannaan’. Slightly paraphrased]

And among His Signs are the ships, in the sea, like mountains. If He wills, He causes the wind to cease, then they would become motionless on the back (of the sea). Verily, in this are signs for everyone patient and grateful. Or He may destroy them (by drowning) because of that which their (people) have earned. And He pardons much. And those who dispute as regards Our Aayat may know that there is no place of refuge for them. [42:35]

[وَيَعْلَمَ الَّذِينَ يُجَادِلُونَ فِي آيَاتِنَا – And those who dispute as regards Our Aayaat] –Meaning: In order to (declare) them untrue with their falsehood [i.e. those who seek to declare Allaah’s Aayat to be untrue by way of their false claims and arguments]; [مَا لَهُمْ مِنْ مَحِيصٍ – there is no place of refuge for them]-Meaning: There is no place of escape for them to stop the punishment from [reaching] them. [An Excerpt from Tayseer Al-Kareem Ar-Rahmaan Fee Tafseer Kalaam Al-Mannaan. Slightly paraphrased]

Imaam Ibnul Qayyim (rahimahullaah) said: Allaah (The Most High) punishes the liar by preventing and holding him back from the things that brings about wellbeing and benefit for him; and He (Allaah) rewards the truthful person by granting him the ability to obtain the affairs of wellbeing in his worldly life and afterlife. There is nothing similar to truthfulness by way of which the affairs of wellbeing of this world and the afterlife are obtained. And there is nothing similar to lies by way of which both of them (i.e. the affairs of wellbeing in this life and the next) are corrupted. Allaah (The Most High) said: [يا أيها الذين آمنوا اتقوا الله وكونوا مع الصادقين –O you who believe! Fear Allaah and be with those who are truthful] [Al-Fawaa-id: page:245]