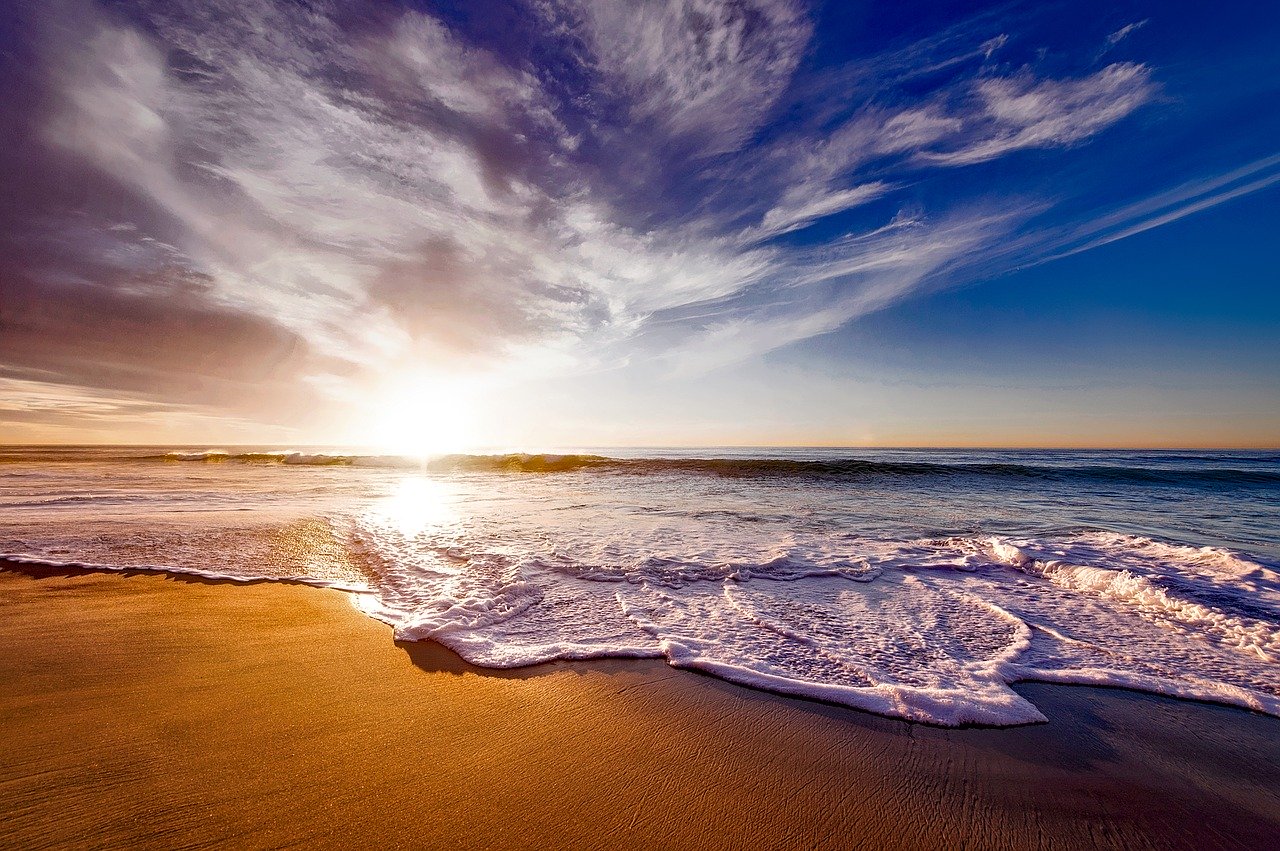 All praise and thanks be to Allaah, and may Allaah’s peace and blessings be upon Allaah’s Messenger, his family, his companions and those who follow his guidance. To proceed: Indeed, lying is repugnant and heinous – considered extremely repugnant and loathsome by the Islamic legislation, sound intellect and sound natural disposition; abhorred in all nations, all religions and creeds. Indeed, Allaah made it forbidden in all messages of the Messengers, dispraised lying and liars in many verses and promised them the severest punishment. Allaah [تبارك وتعالى ] said: [قُلۡ إِنَّمَا حَرَّمَ رَبِّىَ ٱلۡفَوَٲحِشَ مَا ظَهَرَ مِنۡہَا وَمَا بَطَنَ وَٱلۡإِثۡمَ وَٱلۡبَغۡىَ بِغَيۡرِ ٱلۡحَقِّ وَأَن تُشۡرِكُواْ بِٱللَّهِ مَا لَمۡ يُنَزِّلۡ بِهِۦ سُلۡطَـٰنً۬ا وَأَن تَقُولُواْ عَلَى ٱللَّهِ مَا لَا تَعۡلَمُونَ – Say (O Muhammad):“(But) the things that my Lord has indeed forbidden are Al-Fawahish (great evil sins, every kind of unlawful sexual intercourse, etc.) whether committed openly or secretly, sins (of all kinds), unrighteous oppression, joining partners (in worship) with Allah for which He has given no authority, and saying things about Allah of which you have no knowledge]. [Surah Al-A’raaf. Aayah 33]

Imaam Ibnul Qayyim [rahimahullaah] sees that the most loathsome and greatest of these unlawful deeds is to speak about Allaah without knowledge, since Shirk and Kufr did not occur except from lying. Allaah  [تعالى   ] said: [وَلَا تَقۡفُ مَا لَيۡسَ لَكَ بِهِۦ عِلۡمٌ‌ۚ إِنَّ ٱلسَّمۡعَ وَٱلۡبَصَرَ وَٱلۡفُؤَادَ كُلُّ أُوْلَـٰٓٮِٕكَ كَانَ عَنۡهُ مَسۡـُٔولاً۬ – And follow not (O man i.e., say not, or do not or witness not, etc.) that of which you have no knowledge (e.g. one’s saying: “I have seen,” while in fact he has not seen, or “I have heard,” while he has not heard). Verily! The hearing, and the sight, and the heart, of each of those you will be questioned (by Allah)].

Allaah forbade lying and mentioned it alongside shirk. Allaah [تعالى]:

So shun the abomination (worshipping) of idol, and shun lying speech (false statements). Hunafa’ Lillah (i.e. to worship none but Allah), not associating partners (in worship, etc.) unto Him and whoever assigns partners to Allah, it is as if he had fallen from the sky, and the birds had snatched him, or the wind had thrown him to a far off place. [Surah Al-Hajj. Aayaat 30-31]

This dangerous shirk is established upon lies and it is its greatest foundation and principle, and Allaah considers it as the severest type of wrongdoing. Allaah said:

And who does more wrong than the one who invents a lie against Allah, while he is being invited to Islam? And Allah guides not the people who are Zalimun (polytheists, wrong-doers and disbelievers) folk. They intend to extinguish the Light of Allah with their mouths. But Allah will complete His Light even though the disbelievers hate (it). [Surah As-Saff. Aayaat 7-8]

Allaah clarified the filth of their goals and the evil of their intentions, and that by way of their lies and fabrications they intend to extinguish Allaah’s guidance, His proofs, evidences and mighty signs. This is the same regarding everyone amongst the people of desires who wages war against the truth and its adherents, for they want to extinguish Allaah’s guidance, nullify His proofs and evidences in order to give the upper hand to their falsehoods and misguidance. Allaah [The Exalted] stated regarding lying and the liars:

Then, who does more wrong than one who utters a lie against Allah, and denies the truth when it comes to him! Is there not in Hell an abode for the disbelievers?

So, this is the recompense for the liars. Allaah’s Messenger [peace and blessings of Allaah be upon him] said: “Avoid the seven destructive sins: “Shirk, witchcraft, killing a soul whom Allah has forbidden to be killed, except in cases dictated by Islamic law; consuming ribaa, consuming the orphans’ wealth, fleeing from the battlefield and slandering chaste, innocent women”.

So, he [peace and blessings of Allaah be upon him] placed slander- and it is one of the most loathsome types of lies – amongst these major sins which Allaah commanded us to avoid due to its danger, rather the one who commits this slander is cursed in this life and the hereafter. Allaah [The Exalted] said:

Verily, those who accuse chaste women, who never even think of anything touching their chastity and are good believers, are cursed in this life and in the Hereafter, and for them will be a great torment. [Surah an-Noor. Aayah 23]

And Allaah [The Exalted] stated with hatred towards the one who transmits lies and neither pondered nor had sound knowledge of the affair:

When you were propagating it with your tongues, and uttering with your mouths that whereof you had no knowledge, you counted it a little thing, while with Allah it was very great. And why did you not, when you heard it, say? “It is not right for us to speak of this. Glory be to You (O Allah) this is a great lie.” Allah forbids you from it and warns you not to repeat the like of it forever, if you are believers. [Surah An-Noor. Aayaat 15-17]

Allaah said: [إِنَّ ٱلَّذِينَ يُحِبُّونَ أَن تَشِيعَ ٱلۡفَـٰحِشَةُ فِى ٱلَّذِينَ ءَامَنُواْ لَهُمۡ عَذَابٌ أَلِيمٌ۬ فِى ٱلدُّنۡيَا وَٱلۡأَخِرَةِ‌ۚ وَٱللَّهُ يَعۡلَمُ وَأَنتُمۡ لَا تَعۡلَمُونَ – Verily, those who like that (the crime of) illegal sexual intercourse should be propagated among those who believe, they will have a painful torment in this world and in the Hereafter. And Allah knows and you know not]. [Surah An-Noor. Aayah 19]

This severe threat of punishment and dispraise is related to slandering chaste women, and what is more dangerous than it is slandering those believers who are innocent, those who strive in the path of Allaah, the callers to the path of Allaah [تبارك وتعالى ] with truth and clear proofs. Indeed, the people of desires – those who wage war against the truth and its adherents – think that this is specific to the act of slandering chaste women!  Depraved is the thinking of the one who has this corrupt understanding!

Indeed, this includes the one who violates the honour of the Muslims, especially the honour of the callers to the truth who are innocent, for indeed their honour has a great status which must be protected and not violated. And it maybe that the one who violates this honour is more deserving of curse and punishment than the one who slanders chaste women due to a personal or worldly affair. Allaaah’s Messenger [sallal laahu alayhi wasallam] said: “Whoever argues based on falsehood knowingly will not cease to be under the wrath of Allaah until he stops. And whoever says about a believer that which is not true, he will reside in Radghat Al-Khabaal [pus] until he recants”. The one who knowingly argues based on falsehood as well as the one who says about a believer that which is not true, his recompense as it is stated is that  e will be imprisoned in the pus of the people of the hell fire. This is an authentic hadeeth that was reported by Abu Daawud, Ahmad and Al-Haakim. Return to As-Saheehah by Albaanee [rahimahullaah], hadeeth Number 438.

Verily, the worst act of usury is to attack the honour of a Muslim without a just cause. [Abu Daawud 4876]

[Verily, the worst act of usury is to attack the reputation of a Muslim]: Meaning, the greater in evil and the more severely prohibited is to unleash the tongue against the honour of a Muslim by belittling him, behaving arrogantly towards him and speaking ill against him by way of slander or verbal abuse. This becomes more severe in prohibition because honour is more noble than one’s self and wealth.

[Without a just cause]- Meaning, this shows that there are cases in which one is allowed to speak about someone, saying, such and such is an oppressor or transgressor, or making a mention of an innovator and an open sinner with the intention to issue warning. At-Teebee [rahimahullaah] said: Honour enters into the types of wealth from the angle of emphasis, and then this usury is categorised into the two types- that which is customary [i.e. evil customs] and it is what is taken as an addition from debtors, and the one that is not customary, such as a person attacking the honour of someone with his tongue. [An Excerpt from ‘Awnul Mabood Sharh Sunan Abee Daawud’ 13/152. Slightly paraphrased]

This [i.e. violating the honour of a Muslim] has been referred to as usury because the transgressor establishes his honour and then goes beyond it, so it is as if he has added an increase that encroaches the boundaries in relation to the honour of a Muslim which is more valuable than his wealth. At-Teebee [rahimahullaah] said: Honour is included in the types of wealth from the angle of emphasis, and usury is categorised into one that is customary and it is what is taken as an addition from debtors, and that which is not customary such as a person attacking the honour of someone with his tongue. Al-Qaadhee [rahimahullaah] said, “Attacking a Muslim’s honour is to deal with him more than what he deserves of that which is to be said about him, or more than what is allowed to say about him, and this is why it is likened to usury and considered one of its types; then it is considered worse because it contains more harm and severer in corruption. [An Excerpt from ‘Mirqaatul Mafaateeh Sharh Mishkaat Al-Masaabeeh’ 8/3157. Slightly paraphrased]

Allaah [The Exalted] stated about those who lend an ear to lies and those affected by it amongst the Yahood, the Munaafiqeen and those who follow their way:

O Messenger (Muhammad)! Let not those who hurry to fall into disbelief grieve you, of such who say: “We believe” with their mouths but their hearts have no faith. And of the Yahood are men who listen much and eagerly to lies – listen to others who have not come to you. They change the words from their places; they say, “If you are given this, take it, but if you are not given this, then beware!” And whomsoever Allah wants to put in Al-Fitnah [error, because of his rejecting the Faith], you can do nothing for him against Allah. Those are the ones whose hearts Allah does not want to purify (from disbelief and hypocrisy); for them there is a disgrace in this world, and in the Hereafter a great torment. [Surah Al-Maa’idah. Aayah 41]

Look at what is these Aayaat of dispraise and severe disparagement against those who lend an ear to lies, those who transmit it in the world – and Allaah’s refuge is sought- whilst not pondering, ascertaining and not looking into the reality.