A Statement of Shaikhul Islaam Ibn Taymiyyah Regarding a People Who Did Not Differentiate Between Ahlus Sunnah And Ahlul Bidah And Shaikh’s Rabee’s Insightful Commentary On This Statement In Relation to Today’s State of Affairs! 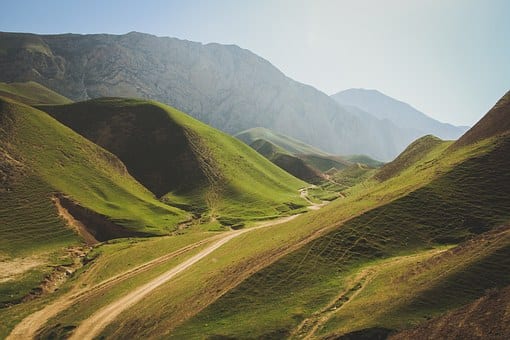 After speaking about those who make Takfeer based on falsehood amongst the different factions of the Jahmiyah, the Khawaarij, the Rawaafid and the Qadariyyah, and the reason behind such Takfeer, Shaikhul Islaam Ibn Taymiyyah [rahimahullaah] stated: “On the opposite side of these people who make Takfeer [Ref 1] based on falsehood, there are a people who do not know the creed of Ahlus Sunnah Wal-Jamaa’ah as it should be; or they know some of it and are ignorant of some. And perhaps what they know of it, they do not clarify for the people, rather they conceal it. And neither do they forbid innovations that is in opposition to the Book and the Sunnah nor censure Ahlul Bidah and punish them; rather perhaps they would censure speech regarding the Sunnah and the fundamental principles of the religion – completely – and would not differentiate – in that – between what Ahlus Sunnah Wal Jamaa’ah say and what Ahlul Bidah Wal Furqah [The people of innovation and splitting] say; or they would affirm all their differing Madhabs [creeds etc] in a manner similar to how the scholars would affirm the different opinions related to affairs of Ijtihaad [Ref 2] in which difference of opinion is justified [or allowed]. This path has overwhelmed many of the Murji’ah, some of the jurists, those pursuing the path of asceticism and the philosophers, just as it has overwhelmed – first and foremost – many amongst the people of desires and rhetoric. Both these paths are perverted, outside the Book [i.e. The Qur’aan] and the Sunnah”.  [End of Quote From Shaikhul Islaam (rahimahullaah)]

Firstly, ponder upon the above statement of Shaikhul Islaam [rahimahullaah] and then read Shaikh Rabee’s [hafidhahullaah] commentary as follows! Shaikh Rabee says, “I say, may Allaah have mercy on Ibn Tamiyyah. Indeed, he clarified the situation of the people of his era and those before them; then what if he saw the situation of many amongst the Al-Jamaa’aat Al-Hizbiyyah Wal-Bid’iyyah [The Groups of Illegal Partisanship and Bidah (Ref A)] who ascribe themselves to Ahlus Sunnah Wal-Jamaa’ah and take cover behind him- in particular – to promote [spread, disseminate] their falsehoods. What if he saw them whilst they have definitely gathered between the Madhabs of the two groups- the khawaarij and those who follow their way in pronouncing Takfeer in the subject matter of Al-Haakimiyyah [Ref B] and the way of the Mur’jiah [Ref C] in the manner they approach the affair of people who are upon the big and numerous bidah, and equating Bidah to those affairs of the religion in which Ijtihaad [Ref D] is justified -whose people are rewarded alongside a refutation against their mistakes. In the view of these people, the leaders of Misguidance and Bidah are just like the Imaams of Guidance and Sunnah. [Al-Mukhtaaraat Al-Bahiyyah Min Kutub Shaikh Al-Islaam Ibn Taymiyyah. By Shaikh Rabee Bin Haadee and arranged by Shaikh Khaalid Adh-Dhufayree. Pages 62-63]

Secondly, ponder upon this statement of Shaikh Rabee [hafidhahullaah] as follows: “In the view of these people, the leaders of Misguidance and Bidah are just like the Imaams of Guidance and Sunnah”, and then read this article by Ustaadh Abu Iyaadh [hafidhahullaah]: http://www.themadkhalis.com/md/series/the-false-comparison-between-hadith-giants-ibn-hajar-an-nawawi-and-20th-century-ignoramuses.cfm 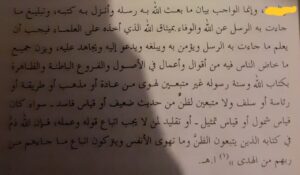 Rather what is obligatory is to clarify that which Allaah sent His Messengers with and (revealed) in His Books; propagate that which the Messengers brought from Allaah and fulfil the covenant which Allaah took from the scholars. Therefore, it is obligatory to know that which the Messengers brought, believe in it, propagate it, call to it, striving with it, weigh up all that which the people embark upon – [statements, actions, religious fundamentals and subsidiary issues pertaining to the apparent actions of the Limbs and affairs related to actions of the heart]- under the Book of Allaah and the Sunnah of His Messenger; neither following desires [through] customs, a school of law, a religious order, a leader or a predecessor; nor following conjecture through a weak hadeeth or corrupt analogy, regardless whether it is an analogy that offers some degree of certainty or not; or blindly following someone whom it is not obligated to follow his statement and action; for indeed Allaah -in His Book – has censured those who follow conjecture and that which their souls desire, whilst they abandon following that which came to them from their Lord of Guidance. [Majmoo Al-Fataawaa 12/467-468]

Your assistance is welcomed to improve the content of this articles. Jazaakumullaahu khayran