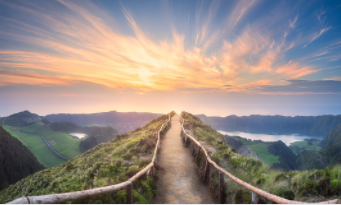 Written by The Salafi Centre of Manchester on May 11, 2022. Posted in Contemporary Issues.

On Friday, the 25th of June 2010 (14 Rajab 1431H), the following question was posed to the Shaykh al-‘Allaamah Rabee’ Ibn Haadee al-Madkhalee: “O Shaykh, as you are aware, there are no scholars in Britain, but is there anyone residing there that you advise us with, who can connect us to the people of knowledge?”

The Shaykh, may Allaah preserve him, mentioned: Our brother Hasan as-Somali (who was present in the gathering), Abu Khadeejah and his companion (Abu Hakeem). The Shaykh also stressed the importance of them keeping ties with the scholars. May Allaah reward the Shaykh and protect our brothers who are striving to spread the call of the Sunnah in the West. Alhamdulillaah there were many brothers present when this question was asked, and they heard the answer…..[source: http://www.salafitalk.net/st/viewmessages.cfm?Forum=6&Topic=11256%5D

Finally, we remind all the youth – the recognized students of knowledge amongst them, the Khutabaa and learners – that they continue to respect the elders, especially those elders who strove day and night to establish – by the Tawfeeq of Allaah – the Dawah in the UK. Whilst in the company of our beloved brother – (Abu Maryam – Salafipublication)- last Thursday, he enquired about Manchester and then mentioned that he knows a Mancunian brother who has great respect for elders, so we informed him that the reason behind such behaviour by the Tawfeeq of Allaah is because – from day one – the brother gave an attentive ear to the advice of elders even when his youthful self was urging him towards something else. Then Abu Maryam stated: “The elders and the youth are like the builders of the house and the furnishers -the builders (elders) know how to maintain the structure of the house. When one wants to know the house – in reality – he consults the builders and not the furnishers, because the builders (elders) have experience”. When the likes of Shaikh Abu Khadeejah and Shaikh Abu Iyaadh started Dawah, all our beloved sons, daughters and their contemporaries were not born; rather even those amongst us who have reached the age of 40 at present were in primary and secondary schools (aged 13). Indeed, not only are our elders experienced, rather they are also certified students of knowledge who are well known to the Ulama for over two decades. Alhamdulil laah, we at Al-Markazus Salafi have learnt from our mistakes and this why we constantly seek the advice of our elders in the UK, such as the likes of Shaikh Abu Khadeejah, Shaikh Abu Hakeem, Shaikh Abdul Ilaah, Shaikh Oways, Shaikh Abu Iyaadh, Shaikh Abu Idrees etc. They are known for their continuous adherence to the Sunnah and strong connection to the Ulama of Salafiyyah by the Tawfeeq of Allaah. May Allaah preserve them and all the Maraakiz Aameen. And Allaah knows best

1995: End Of The JIMAS Era, One Year Before The Inception Of Salafi Publications
https://abukhadeejah.com/1995-salafi-dawah-in-1995-one-year-before-the-inception-of-salafi-publications/

May 1996: A Final Visit To The Head Of JIMAS In An Attempt To Convince Him
https://abukhadeejah.com/may-1996-a-final-visit-to-the-head-of-jimas-in-an-attempt-to-convince-him/