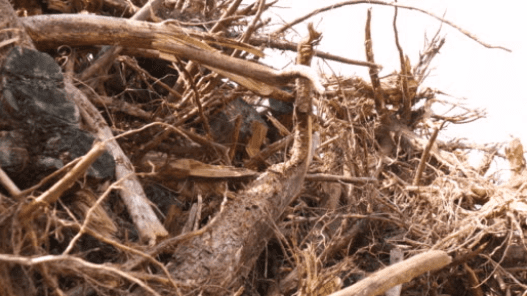 God Does Not Back Wars! [The One Who Follows a Distorted and Abrogated Sharee’ah Should Not Speak About God]- Part 2

Written by Abdullah Jallow on September 19, 2022. Posted in Uncategorized.

Salafi Shaikh Fawzaan on Jihad in our times and the guidelines of Jihad according to Islam:
https://abukhadeejah.com/salafi-shaikh-fawzaan-on-jihaad-in-our-times-and-the-guidelines-of-jihaad-according-to-islam/

[[And many a Prophet (i.e. many from amongst the Prophets) fought (in Allah’s Cause) and along with him (fought) large bands of religious learned men. But they never lost heart for that which did befall them in Allah’s Way, nor did they weaken nor degrade themselves. And Allah loves As-Sabirin (the patient ones, etc.). And they said nothing but: “Our Lord! Forgive us our sins and our transgressions (in keeping our duties to You), establish our feet firmly, and give us victory over the disbelieving folk.” So Allah gave them the reward of this world, and the excellent reward of the Hereafter. And Allah loves Al-Muhsinun (the good-doers). O you who believe! If you obey those who disbelieve, they will send you back on your heels, and you will turn back (from Faith) as losers. Nay, Allah is your Maula (Patron, Lord, Helper and Protector, etc.), and He is the Best of helpers. We shall cast terror into the hearts of those who disbelieve, because they joined others in worship with Allah, for which He had sent no authority; their abode will be the Fire and how evil is the abode of the Zalimun (polytheists and wrong-doers). And Allah did indeed fulfil His Promise to you when you were killing them (your enemy) with His Permission; until (the moment) you lost your courage and fell to disputing about the order, and disobeyed after He showed you (of the booty) which you love. Among you are some that desire this world and some that desire the Hereafter. Then He made you flee from them (your enemy), that He might test you. But surely, He forgave you, and Allah is Most Gracious to the believers]].

[[And (remember) when Musa (Moses) said to his people: “O my people! Remember the Favour of Allah to you, when He made Prophets among you, made you kings, and gave you what He had not given to any other among the ‘Alamin (mankind and jinns, in the past).” “O my people! Enter the holy land (Palestine) which Allah has assigned to you, and turn not back (in flight) for then you will be returned as losers.” They said: “O Musa (Moses)! In it (this holy land) are a people of great strength, and we shall never enter it, till they leave it; when they leave, then we will enter.” Two men of those who feared (Allah and) on whom Allah had bestowed His Grace [they were Yusha’ (Joshua) and Kalab (Caleb)] said: “Assault them through the gate, for when you are in, victory will be yours, and put your trust in Allah if you are believers indeed.” They said: “O Musa (Moses)! We shall never enter it as long as they are there. So go you and your Lord and fight you two, we are sitting right here.” He [Musa (Moses)] said: “O my Lord! I have power only over myself and my brother, so separate us from the people who are the Fasiqun (rebellious and disobedient to Allah)!” (Allah) said: “Therefore it (this holy land) is forbidden to them for forty years; in distraction they will wander through the land. So be not sorrowful over the people who are the Fasiqun (rebellious and disobedient to Allah).”]]

[[Truly, Allah defends those who believe. Verily! Allah likes not any treacherous ingrate to Allah [those who disobey Allah but obey Shaitan (Satan)]. Permission to fight is given to those (i.e. believers against disbelievers), who are fighting them, (and) because they (believers) have been wronged, and surely, Allah is Able to give them (believers) victor. Those who have been expelled from their homes unjustly only because they said: “Our Lord is Allah.” – For had it not been that Allah checks one set of people by means of another, monasteries, churches, synagogues, and mosques, wherein the Name of Allah is mentioned much would surely have been pulled down. Verily, Allah will help those who help His (Cause). Truly, Allah is All-Strong, All-Mighty. Those (Muslim rulers) who, if We give them power in the land, (they) order for Iqamat-as-Salat. [i.e. to perform the five compulsory congregational Salat (prayers) (the males in mosques)], to pay the Zakat and they enjoin Al-Ma’ruf (i.e. Islamic Monotheism and all that Islam orders one to do), and forbid Al-Munkar (i.e. disbelief, polytheism and all that Islam has forbidden) [i.e. they make the Qur’an as the law of their country in all the spheres of life]. And with Allah rests the end of (all) matters (of creatures)]].

[[Jihad (holy fighting in Allah’s Cause) is ordained for you (Muslims) though you dislike it, and it may be that you dislike a thing which is good for you and that you like a thing which is bad for you. Allah knows but you do not know. They ask you concerning fighting in the Sacred Months (i.e. 1st, 7th, 11th and 12th months of the Islamic calendar). Say, “Fighting therein is a great (transgression) but a greater (transgression) with Allah is to prevent mankind from following the Way of Allah, to disbelieve in Him, to prevent access to Al-Masjid-al-Haram (at Makkah), and to drive out its inhabitants, and Al-Fitnah is worse than killing. And they will never cease fighting you until they turn you back from your religion (Islamic Monotheism) if they can. And whosoever of you turns back from his religion and dies as a disbeliever, then his deeds will be lost in this life and in the Hereafter, and they will be the dwellers of the Fire. They will abide therein forever.”]]

[[Did you (O Muhammad ) not think of those who went forth from their homes in thousands, fearing death? Allah said to them, “Die”. And then He restored them to life. Truly, Allah is full of Bounty to mankind, but most men thank not. And fight in the Way of Allah and know that Allah is All-Hearer, All-Knower]].

[[And by the Mercy of Allah, you dealt with them gently. And had you been severe and harsh-hearted, they would have broken away from about you; so pass over (their faults), and ask (Allah’s) Forgiveness for them; and consult them in the affairs. Then when you have taken a decision, put your trust in Allah, certainly, Allah loves those who put their trust (in Him). If Allah helps you, none can overcome you; and if He forsakes you, who is there after Him that can help you? And in Allah (Alone) let believers put their trust. It is not for any Prophet to take illegally a part of booty (Ghulul), and whosoever deceives his companions as regards the booty, he shall bring forth on the Day of Resurrection that which he took (illegally). Then every person shall be paid in full what he has earned, – and they shall not be dealt with unjustly]].

[[O you who believe! Take your precautions, and either go forth (on an expedition) in parties, or go forth all together. There is certainly among you he who would linger behind (from fighting in Allah’s Cause). If a misfortune befalls you, he says, “Indeed Allah has favoured me in that I was not present among them.” But if a bounty (victory and booty) comes to you from Allah, he would surely say – as if there had never been ties of affection between you and him – “Oh! I wish I had been with them; then I would have achieved a great success ( a good share of booty).” Let those (believers) who sell the life of this world for the Hereafter fight in the Cause of Allah, and whoso fights in the Cause of Allah, and is killed or gets victory, We shall bestow on him a great reward. And what is wrong with you that you fight not in the Cause of Allah, and for those weak, ill-treated and oppressed among men, women, and children, whose cry is: “Our Lord! Rescue us from this town whose people are oppressors; and raise for us from You one who will protect, and raise for us from You one who will help.” Those who believe, fight in the Cause of Allah, and those who disbelieve, fight in the cause of Taghut (Satan, etc.). So fight you against the friends of Shaitan (Satan); Ever feeble indeed is the plot of Shaitan (Satan). Have you not seen those who were told to hold back their hands (from fighting) and perform As-Salat (Iqamat-as-Salat), and give Zakat, but when the fighting was ordained for them, behold! a section of them fear men as they fear Allah or even more. They say: “Our Lord! Why have you ordained for us fighting? Would that you had granted us respite for a short period?” Say: “Short is the enjoyment of this world. The Hereafter is (far) better for him who fears Allah, and you shall not be dealt with unjustly even equal to the Fatila (a scalish thread in the long slit of a date-stone). “Wheresoever you may be, death will overtake you even if you are in fortresses built up strong and high!” And if some good reaches them, they say, “This is from Allah,” but if some evil befalls them, they say, “This is from you (O Muhammad ).” Say: “All things are from Allah,” so what is wrong with these people that they fail to understand any word?]]

[[Then fight (O Muhammad ) in the Cause of Allah, you are not tasked (held responsible) except for yourself, and urge the believers (to fight along with you), it may be that Allah will restrain the evil might of the disbelievers. And Allah is Stronger in Might and Stronger in punishing]].

Salafi Shaikh Fawzaan on Jihad in our times and the guidelines of Jihad according to Islam:
https://abukhadeejah.com/salafi-shaikh-fawzaan-on-jihaad-in-our-times-and-the-guidelines-of-jihaad-according-to-islam/