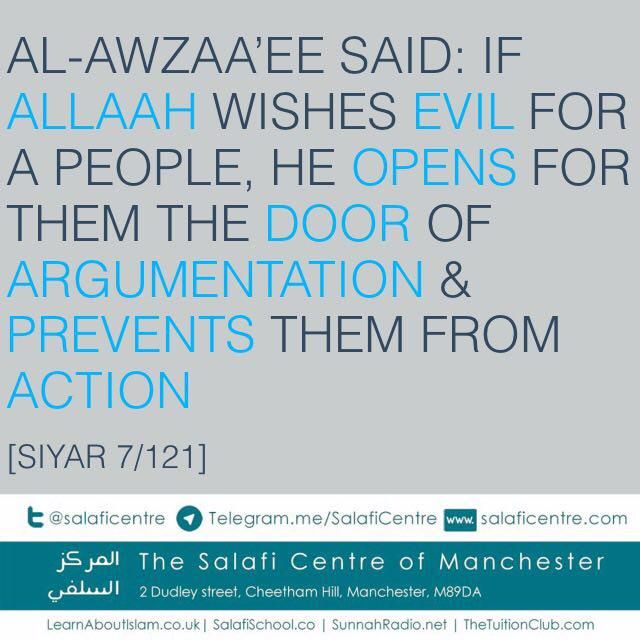 The Door of Argumentation

Written by The Salafi Centre of Manchester on January 25, 2017. Posted in Brotherhood, Morals and Manners - 'Akhlaaq', Pearls of Wisdom.

Al Awzaaee said: If Allah wishes evil for a people, He opens for them the door of argumentation and prevents them from action.

There isn’t a person (on the most part) who is prone to argumentation except that he becomes deprived from the blessing of knowledge. Because in general the one who argues desires by that to only support his own statement and by way of that becomes deprived from the blessing of knowledge.
As for the one who desires the truth, then indeed the truth is easy and attainable. It doesn’t require great debates, as it is clear.
Because of this you find that those people of innovation who debate in favour of their innovations, their fields of knowledge lack blessing, having no good to it. And you’ll find them arguing and debating and then arriving at nothing. They do not end up reaching the truth.