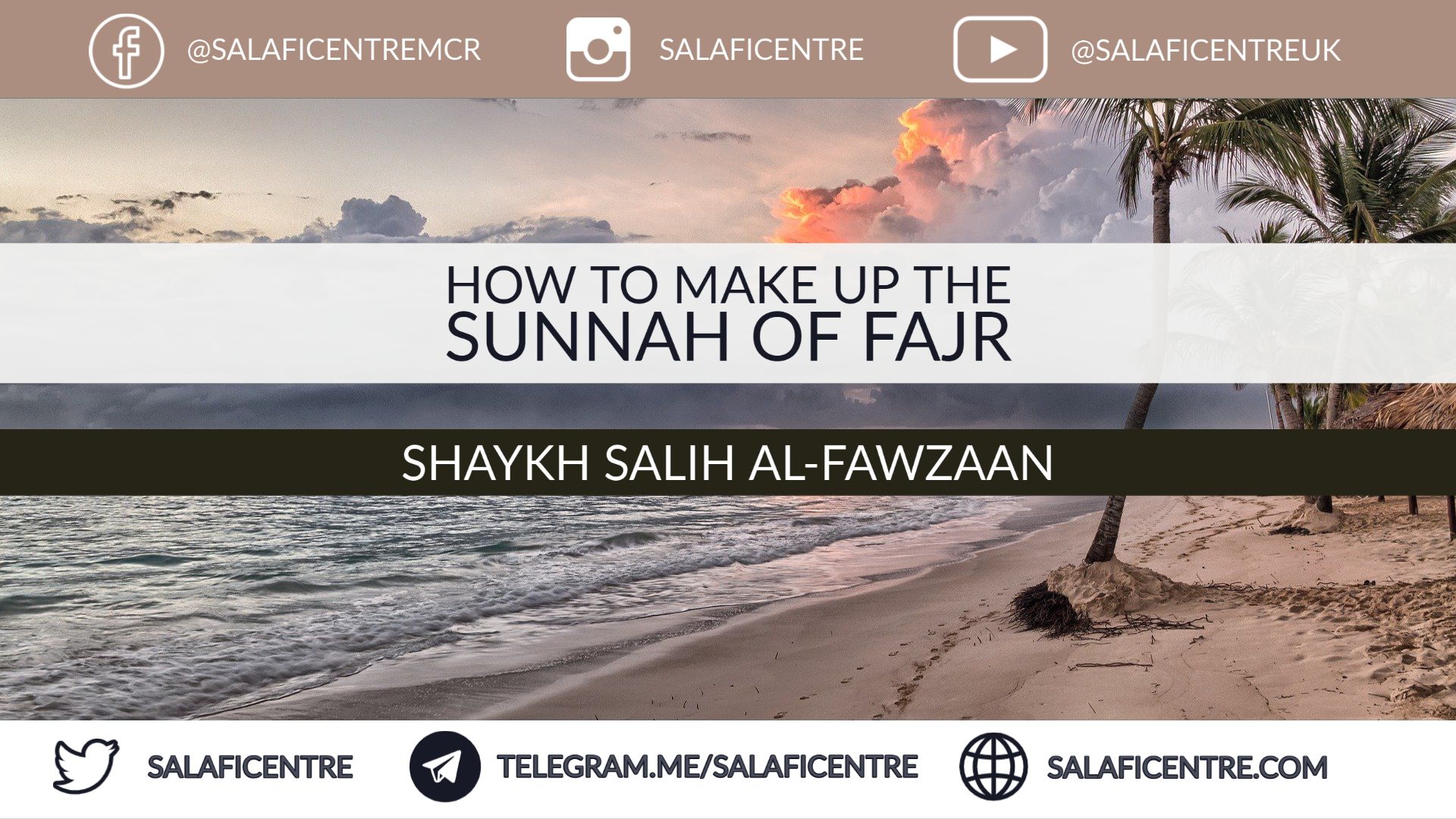 NEW VIDEO! How to Make up the Sunnah of Fajr – Shaykh Fawzaan

Question: If one missed the sunnah of Fajr, when should he pray it?

Allah سبحانه و تعالى has in His great wisdom created differing creations; from amongst them the Angels, the Jinn, and of course the Humans. Regarding these various creations, an interesting event was narrated to Shaikh al-Fawzaan, the question from the mother of this particular girl was as follows:

“I have an orphan daughter [i.e. her father has passed away, since it is not a condition for the mother to have passed away also for a child to be considered an orphan] and a man comes to her at night and wakes her up for the Fajr prayer and commands her to wake up her brothers and sisters for the prayer. The question therefore is; can we be certain that this individual who comes is an Angel? Do Angels descend to the Earth?”