Some of the Best Books in all Sciences of the Religion

Written by The Salafi Centre of Manchester on February 5, 2016. Posted in Literature.

Some of the a best books, after the Book of Allaah (i.e. The Qur’aan), in: Aqeedah, Hadeeth, Tafseer, Arabic Language, Seerah, Methodology of Dawah, etc According to Shaikh Muhammad Baazmool (may Allaah preserve him):Tafseer for the beginner: [Tafseer Al-Baghawi] 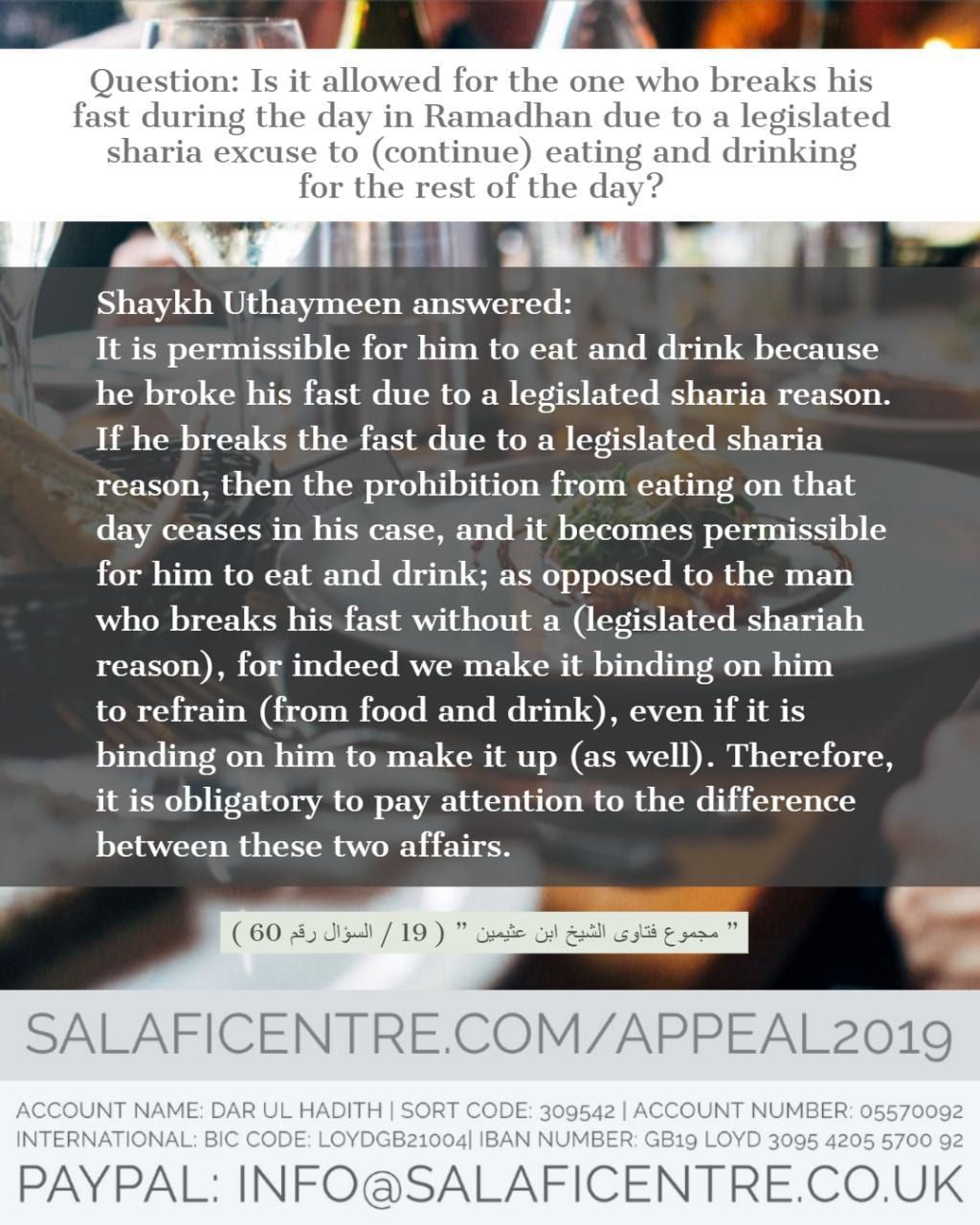 Question: Is it allowed for the one who breaks his fast during the day in Ramadhan due to a legislated sharia excuse to (continue) eating and drinking for the rest of the day?

What should I do? I did not complete the Final Tasha-hud…. [Imaam Bin Baaz]

It is well known that the Final Tasha-hud is a pillar from the pillars of prayer; and in one of the prayers I did not complete except a little bit of the Tasha-hud, so should I repeat my prayer?

It is upon you to complete the Tasha-hud, even if you missed some (of it whilst praying with) your Imaam (i.e. the one leading you in Salaah); because according to the most correct saying (or view) of the scholars the Final Tasha-hud is a pillar (of the prayer), and there is the Salutation upon the Prophet (sallal-laahu-alayhi-wasallam) in it. Therefore, it is obligatory to complete it even after the Imaam’s Salaam (i.e. after he finishes the prayer). And from it (i.e. the Tasha-hud) is seeking Allaah’s protection from the Hell fire, the punishment of the grave and from the trials of life and death, and from the trial of the Dajjaaj; because the Prophet (sallal-laahu-alayhi-wasallam) commanded with seeking (Allaah’s) protection from these four (things) in the Final Tasha-hud, and that is because some of the people of knowledge consider that to be an obligation.

Written by The Salafi Centre of Manchester on May 29, 2014. Posted in Da'wah - Calling To Islam, Islamic Jurisprudence - 'Fiqh', Scholars of Islam, Seeking Knowledge.

Wife praying next to her husband – UPDATED

Question:
What is the sunnah for a woman praying with her husband? Does she line up next to him or behind him?

http://alfawzan.af.org.sa/node/14854
———————————————
N.B With regards to the above fatwa then it should be noted some scholars do view the issue to be somewhat open however the overwhelming opinion based upon hadith of Anas* is that the woman stands behind, this is the opinion of many of the scholars past and present that the woman prays behind the man regardless of whether it is her husband or other than him, from these scholars are Shaykhul Islaam ibn Taymiyyah, Shaykh Muqbil bin Haadi al Waadi’ee, Shaykh bin Baz and Shaykh Ubayd Al Jaabi’ree

Shaykh bin Baz was informed by a man that he used to pray next to his wife in and then being informed that it is impermissible for them to do so, he asked do we have to repeat our prayers?

The shaykh replied there is nothing upon you and do not repeat them, however do not do it again, and the shaykh continued to mention the above narration of Anas -radiallaahu anhu- and finished by saying the woman prays behind the men even if she was praying with her husband.
(Paraphrased)

Shaykh Ubayd’s answer regarding this issue: 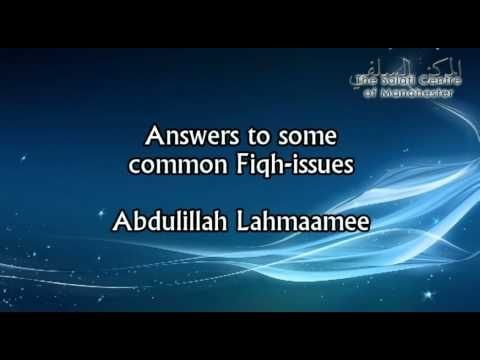 Written by The Salafi Centre of Manchester on July 27, 2012. Posted in Video.

Can we pray a second Jamaa’? Why do you put your hands back by your side after the Rukoo’? Answers to that and some other common fiqh questions by Ustaadh Abdulillah Lahmami discussing the different sides, and reminding of tolerance between the Salafiyoon. Part of the talk at al-Markaz as-Salafi, the 26/07/2012 after Dhuhr.

Shaykh Fawzaan: What is the meaning of the statement of Imaam Malik rahimahullah?

Is the statement of Imam Maalik rahimahullah: “Everyone’s statement can be taken or rejected except for the companion of this grave” Is this in the matters of Islamic Jurisprudence only and not in matters of Creed ?

There is no (legitimate) differing in the matters of Creed (Aqeedah). There is no scope in (choosing to) take or reject (Issues of Aqeedah) because they are affairs founded upon the texts (of the Book and Sunnah) rather this (statement) is only (applicable) in the issues of jurisprudence. The speech of everyone in agreement with the evidences is taken and that which opposes the evidences is rejected. This is what Imaam Maalik (rahimahullah) intended.

May Allah reward Abu Muaawiyah Abdullah for his assistance.