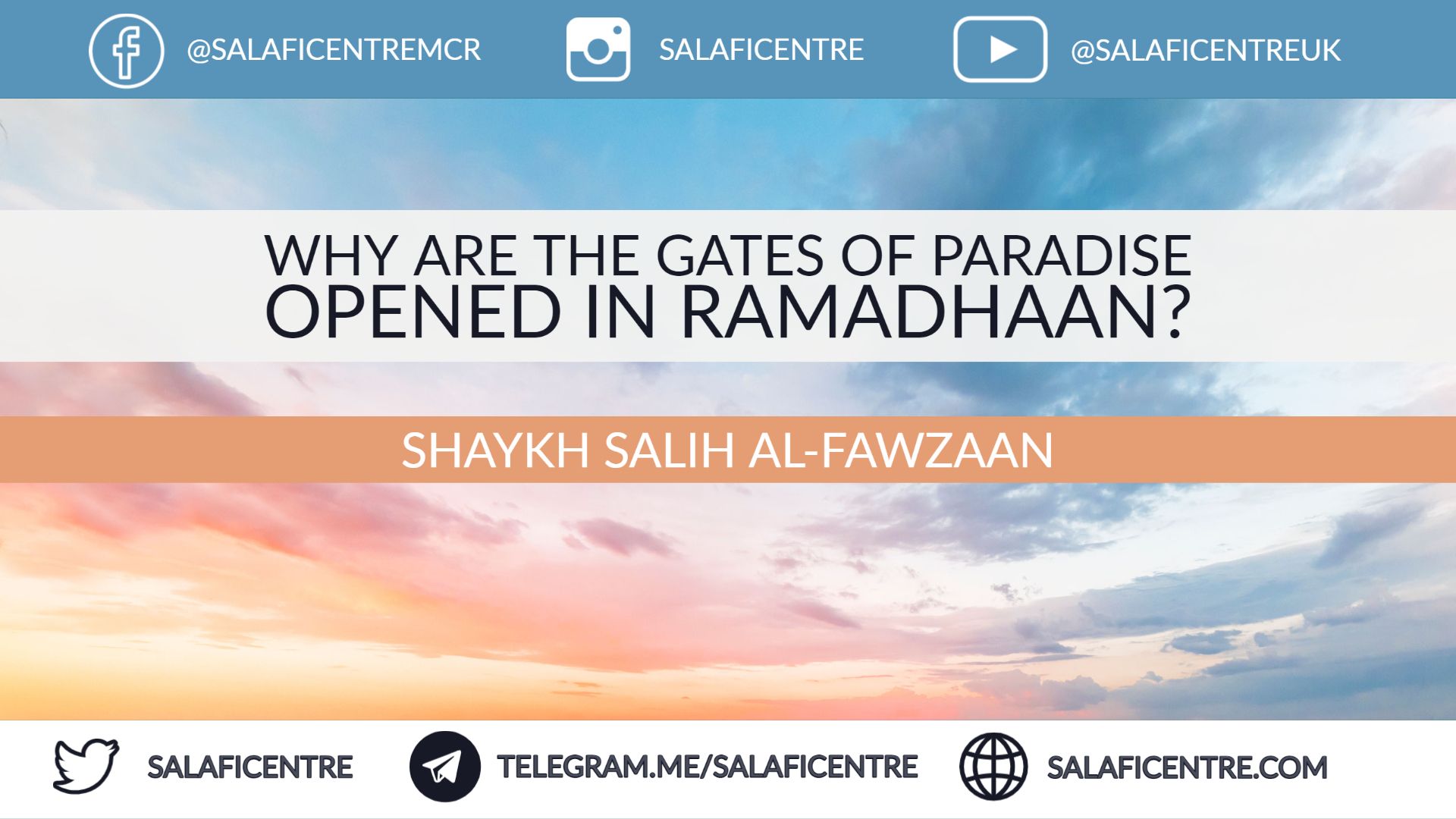 NEW VIDEO! Why Are the Gates of Paradise Opened in Ramadhaan? – Shaykh Fawzaan

From the virtues of this month is that the gates of paradise are opened during it. And that is by making righteous deeds easy and making them easy for the people of Imaan. Because Paradise is attained by righteous deeds. 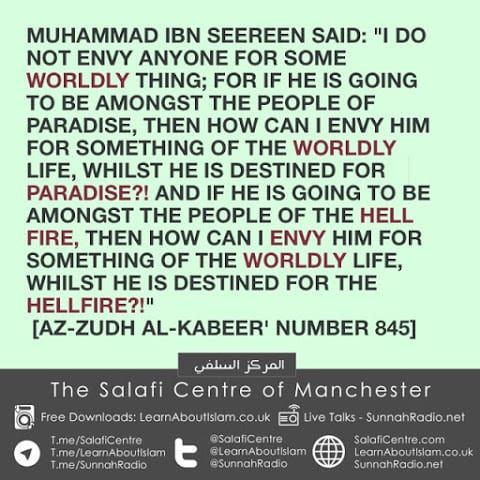 Written by The Salafi Centre of Manchester on March 18, 2017. Posted in Monotheism - Tawheed, Morals and Manners - 'Akhlaaq', Pearls of Wisdom.

The Places of Residence are Three: ibn ul-Qayyim

Shaikh Salih al-Fawzaan mentioned in his explanation of Kitab at-Tawhid under the chapter [The Virtues of Tawhid and that which it Expiates from Sins], “The places of residence – as ibn ul-Qayyim mentioned – are three;

The Second: The residence of the Barzakh, and that is the residence within the graves, a barzakh between this world and the Hereafter. The term barzakh means a “divider” or “barrier” [i.e. the life within the graves is the seperator between this world and the Hereafter], and the life within the graves is [therefore] termed as the life of the barzakh. Within it are amazing affairs; in it is blessing or punishment,either a pit from the pits of the Hell-Fire, or a garden from the gardens of Paradise. The dead remain in their graves until Allah the Mighty and Majestic wishes to resurrect and gather them for accountability and recompense…[and so] this residence is a waiting station [until resurrection].

The Third: The residence of recompense, which is the Day of Judgement, [either] Paradise or Hell; and this residence does not perish nor cease ever. If a person believes in these two abodes [Paradise and Hell], then indeed that will cause a person to perform righteous actions and [seek] repentance from sins and wrong-doing. So if he is certain that Paradise exists, and that he cannot enter this Paradise except with righteous actions – then [surely] he will act [upon righteousness]. [Similarly] if he is certain that Hell exists and that he will enter it [if he performs] sins, disbelief and evil actions – then [surely] he will be wary and cautious of that and repent to Allah the Mighty and Majestic.

Therefore, eemaan in Paradise and Hell causes the slave to perform righteous actions and to seek repentance from sins and evil actions, as for the one who does not believe in the Hereafter, then this one will act in accordance to what his desires dictate to him and what his soul craves and he will not hold himself accountable [and reflect] ever”.