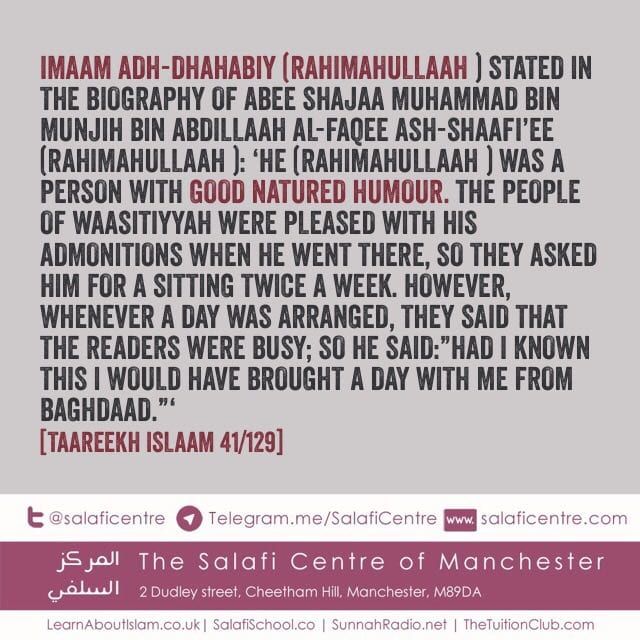 Written by The Salafi Centre of Manchester on February 15, 2016. Posted in Morals and Manners - 'Akhlaaq', Scholars of Islam.

Imaam Adh-Dhahabiy (rahimahullaah ) stated in the biography of Abee Shajaa Muhammad Bin Munjih Bin Abdillaah Al-Faqee Ash-Shaafi’ee (rahimahullaah ): ‘He (rahimahullaah ) was a person with good natured humour. The people of Waasitiyyah were pleased with his admonitions when he went there, so they asked him for a sitting twice a week. However, whenever a day was arranged, they said that the readers were busy; so he said:”Had I known this I would have brought a day with me from Baghdaad.”‘
[Taareekh Islaam 41/129]