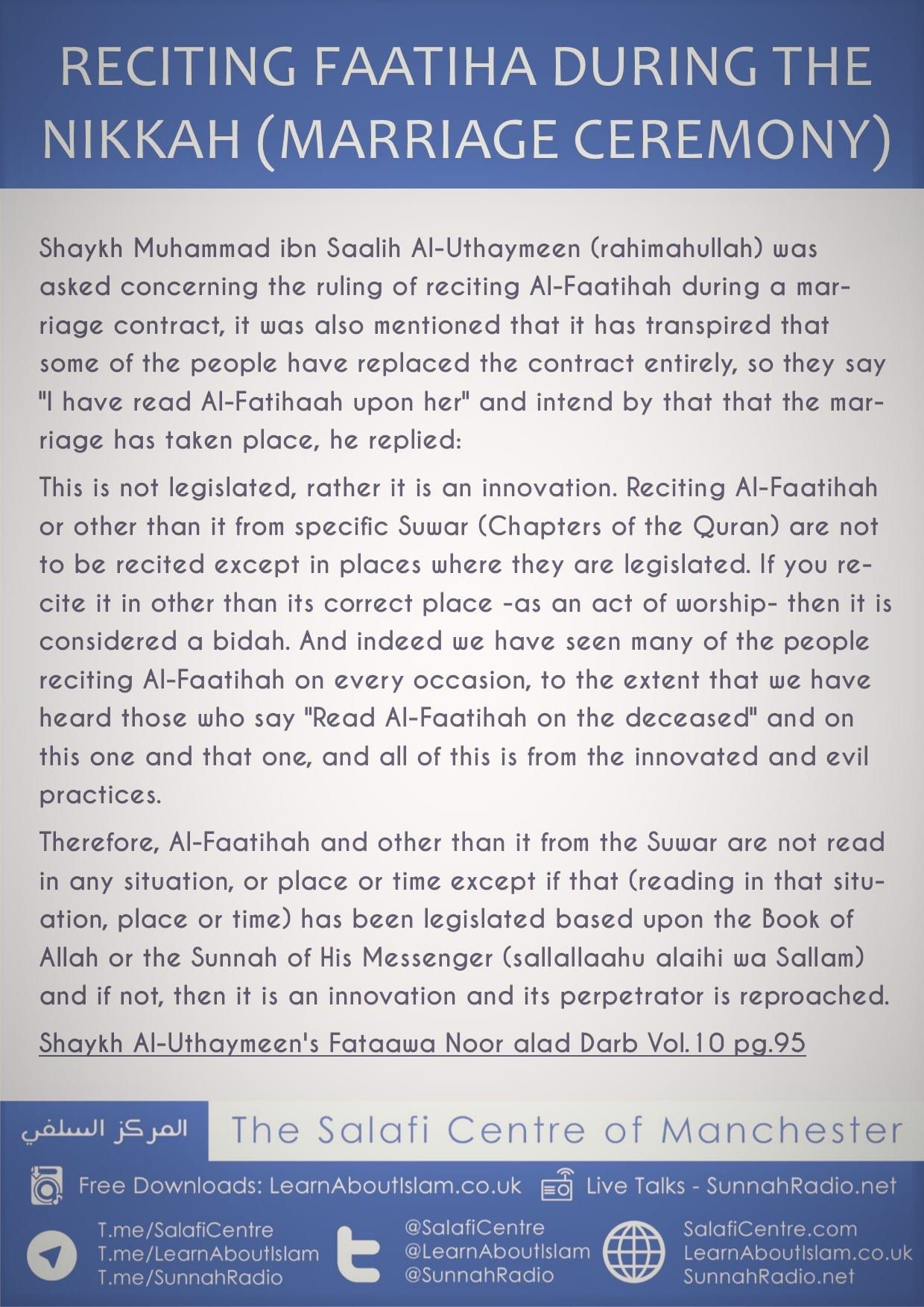 Written by The Salafi Centre of Manchester on April 17, 2017. Posted in Bid'ah (Innovation), Marriage (Nikkah).

Shaykh Muhammad ibn Saalih Al-Uthaymeen (rahimahullah) was asked concerning the ruling of reciting Al-Faatihah during a marriage contract, it was also mentioned that it has transpired that some of the people have replaced the contract entirely, so they say “I have read Al-Fatihaah upon her” and intend by that that the marriage has taken place, he replied:

‎This is not legislated, rather it is an innovation. ‎Reciting Al-Faatihah or other than it from specific Suwar (Chapters of the Quran) are not to be recited except in places where they are legislated. If you recite it in other than its correct place -as an act of worship- then it is considered a bidah. And indeed we have seen many of the people reciting Al-Faatihah on every occasion, to the extent that we have heard those who say “Read Al-Faatihah on the deceased” and on this one and that one, and all of this is from the innovated and evil practices.

Therefore, Al-Faatihah and other than it from the Suwar are not read in any situation, or place or time except if that (reading in that situation, place or time) has been legislated based upon the Book of Allah or the Sunnah of His Messenger (sallallaahu alaihi wa Sallam) and if not, then it is an innovation and its perpetrator is reproached. 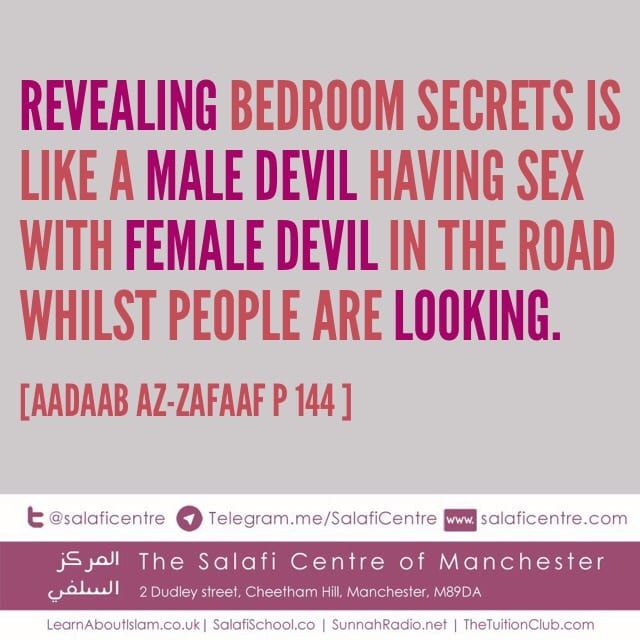 Written by The Salafi Centre of Manchester on January 29, 2017. Posted in Family & Women, Morals and Manners - 'Akhlaaq', Pearls of Wisdom.

Revealing bedroom secrets is like a male devil having sex with a female devil in the road whilst people are looking. 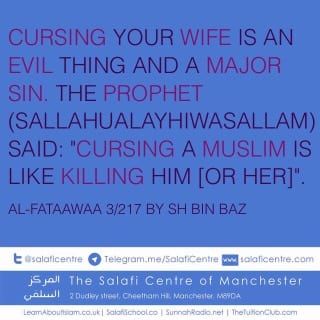 Written by The Salafi Centre of Manchester on January 28, 2017. Posted in Articles, Basics, Family & Women, Morals and Manners - 'Akhlaaq', Pearls of Wisdom.

Cursing your wife is an evil thing and a Major Sin. The Prophet (sallahualayhiwasallam) said: “Cursing a Muslim is like killing him[or her]”. 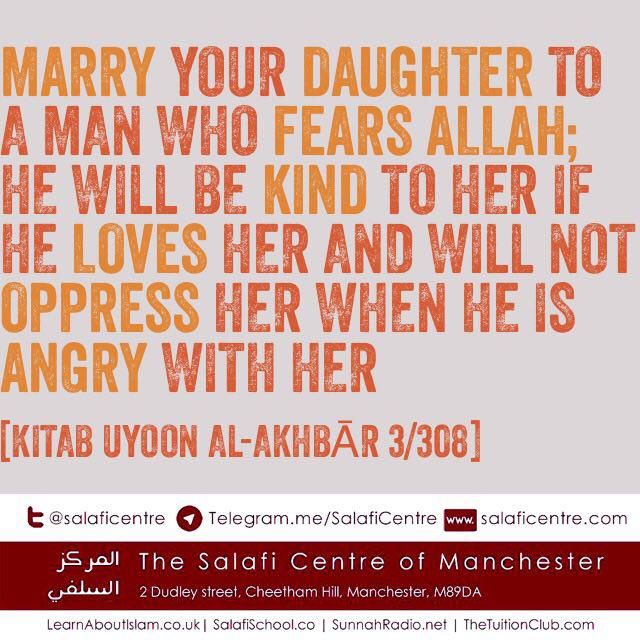 Marry Your Daughter To A Man Who Fears Allah

Written by The Salafi Centre of Manchester on January 25, 2017. Posted in Brotherhood, Family & Women, Pearls of Wisdom.

Marry your daughter to a man who fears Allah; he will be kind if he loves her and will not oppress her when he is angry with her.