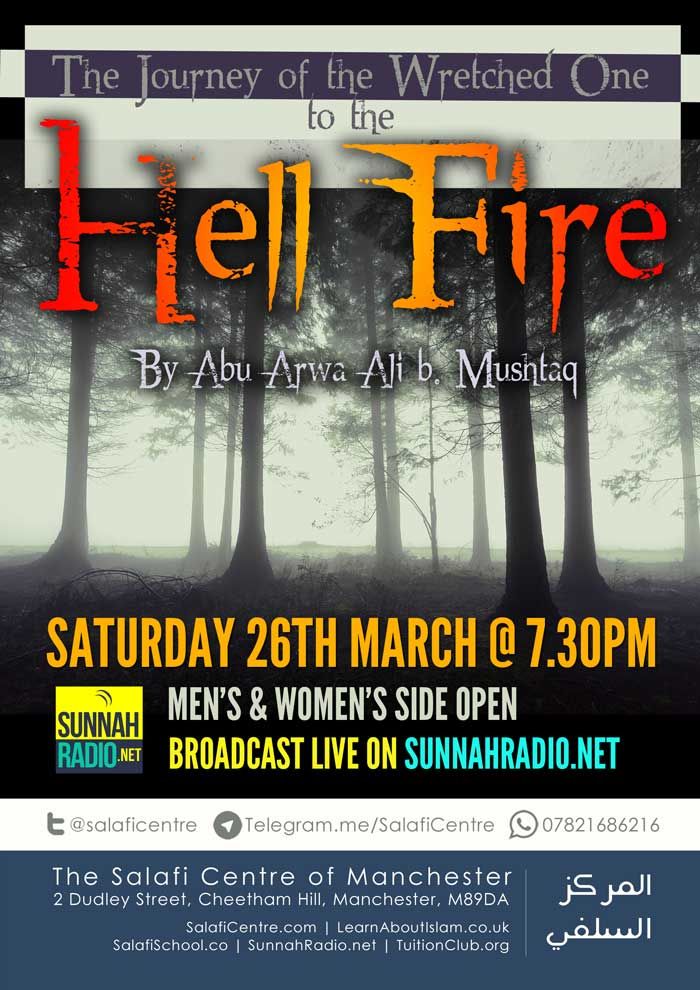 Written by The Salafi Centre of Manchester on March 20, 2016. Posted in Featured, Lessons, Uncategorized.

by Abu Arwa Ali b. Mushtaq

Live talk in the masjid and broadcast on Sunnahradio.net 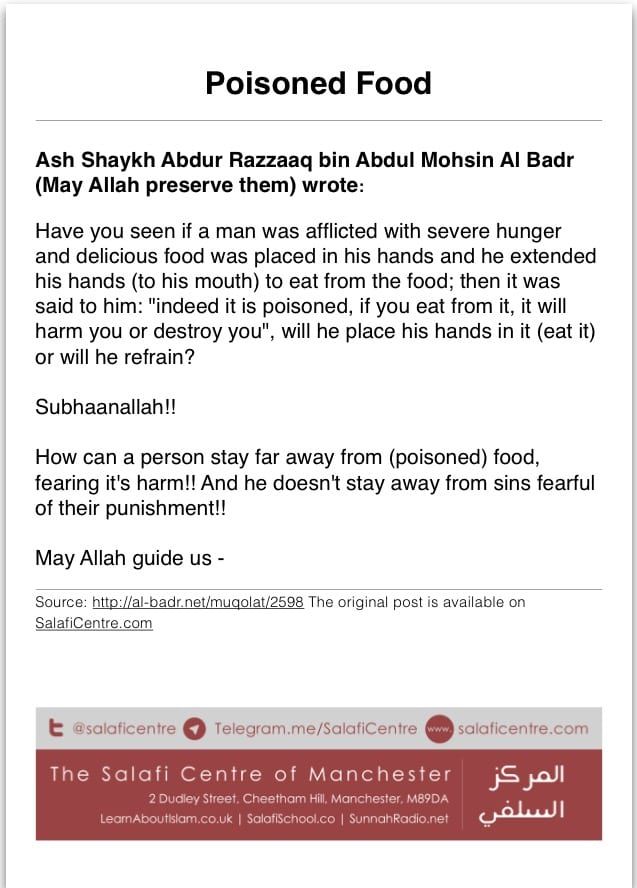 Written by Abu Aa'isha Amjad on March 17, 2016. Posted in Articles, Pearls of Wisdom, Purification of The Soul.

Have you seen if a man was afflicted with severe hunger and delicious food was placed in his hands and he extended his hands (to his mouth) to eat from the food; then it was said to him: “indeed it is poisoned, if you eat from it, it will harm you or destroy you”, will he place his hands in it (eat it) or will he refrain?

How can a person stay far away from (poisoned) food, fearing it’s harm!! And he doesn’t stay away from sins fearful of their punishment!!

May Allah guide us –
Source: