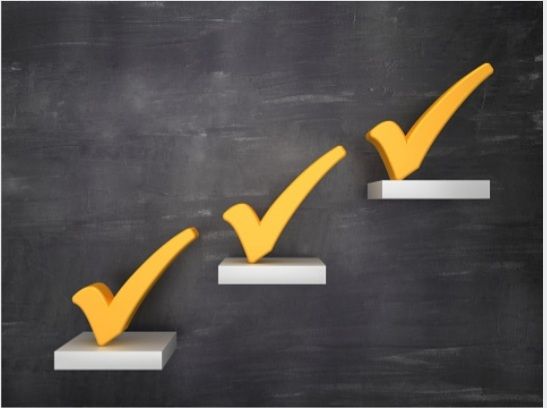 One of The Best Methods of Teaching: [Gradual Instruction- (1st Stage: General Acquaintance With Fundamental Principles; 2nd Stage: Full Explanation; 3rd Stage: Ambiguities Clarified, Do Not Overburden Learner – In The Beginning- With Issues One Should Know At The End; Avoid Prolonged Sittings And Intervals Between Lessons]

Shaikh Abdullaah Al-Bukhaari [may Allaah preserve him]- in the introduction of his explanation of Umdatul Ahkaam [Lesson 1]- shared some very important points regarding one of the best methods of imparting knowledge as follows:

The First Stage: Know that teaching the sciences to the students only becomes beneficial when carried out gradually and bit by bit. In the beginning the teacher transmits knowledge to the learner and begins with the fundamental principles in each chapter- familiarise the learner with those fundamental principles by explaining them in a general manner, examines the strength of the learner’s intellectual ability and their readiness to comprehend what one is about to come across up to the end of the subject. The learner is then enabled to settle in what is to be pursued, even though it may be partial and weak. And the most this does is that it enables one to comprehend and become acquainted with the subject matter and its issues.

The Third Stage: Thereafter, the teacher returns the learner again – after he has acquired a solid foundation- and this time he clarifies all the affairs that are obscure, important or complicated- opens up all the locks in the subject for the learner to be well established upon it. This is the approach of beneficial teaching, and as it can be seen, it is actualised by repetition – three times. And indeed, some learners can reach their potential in lesser than these three stages based on one’s natural ability and what is made easy for them.

Indeed, we have seen that many teachers in this era of ours are ignorant of the effective methods of teaching, so they present to the learner – in the beginning – affairs that prove to be an obstruction to the learner’s understanding and motivation, and compels one to concentrate on  untangling them. They [i.e. these teachers] think that this is the correct method of teaching and make it mandatory for the learner to understand and become acquainted with these issues. They confuse the learner by presenting -in the beginning- that which one should know in the final stages and before being able to understand them; for indeed the ability to acquire knowledge and being made prepared to understand has to be carried our gradually.

In general, the learner- at first – is unable to understand except some few details through a process in which understanding is improved slowly – through generalities and fine examples [or parables]. Then the learner is prepared to progress gradually  little by little- whilst encountering the difficult affairs of the subject matter and they are repeated to him; and then the learner moves from that slower process through which one’s understanding was being improved at a slow pace to a higher level. But if presented with the final details of the subject matter in the beginning, the learner will be prevented from understanding and will be far from being prepared for the subject matter; and thus the learner feels burdened, thinks that the acquisition of knowledge is difficult, becomes lazy, turns away from learning and persists in abandoning it. This is nothing else but the result of bad teaching.

Therefore, it is not befitting that the teacher goes above the understanding found in the book being studied by the learner, regardless whether one is at the beginning or the end of the subject matter. The teacher should not mix the details of the book  with other issues until the learner is acquainted with its first and final details; knows the purpose of the book and has grasped it details, which the learner then applies whilst acquiring knowledge from other books to be studied under the teacher.

That is because when one grasps a particular subject matter, they are  prepared to acquire the other issues in the same subject- becomes active in increasing in knowledge and understanding and desires to move higher until one reaches the highest level of knowledge. But if the affairs are made confusing, the learner will be unable to understand and thus becomes lazy, stops thinking, gives up hope in acquiring knowledge, and abandons knowledge and learning. And Allaah guides whomsoever He wishes to guide.

And one of the beautiful paths and inescapable methods of teaching is that the learner is not presented with a combination of two subject matters at the same time, for indeed it is unlikely that one will gain proficiency in one of them due to having to split one’s attention and being diverted from one of them in order to comprehend the other; so the learner finds both subject matters unclear and difficult, and thus fails to accomplish both. However, if the mind of the learner is unhampered whilst studying the subject matter and confined to it, then perhaps that will make it more suitable for him or her to accomplish it. And Allaah is the One Who guides to what is correct. 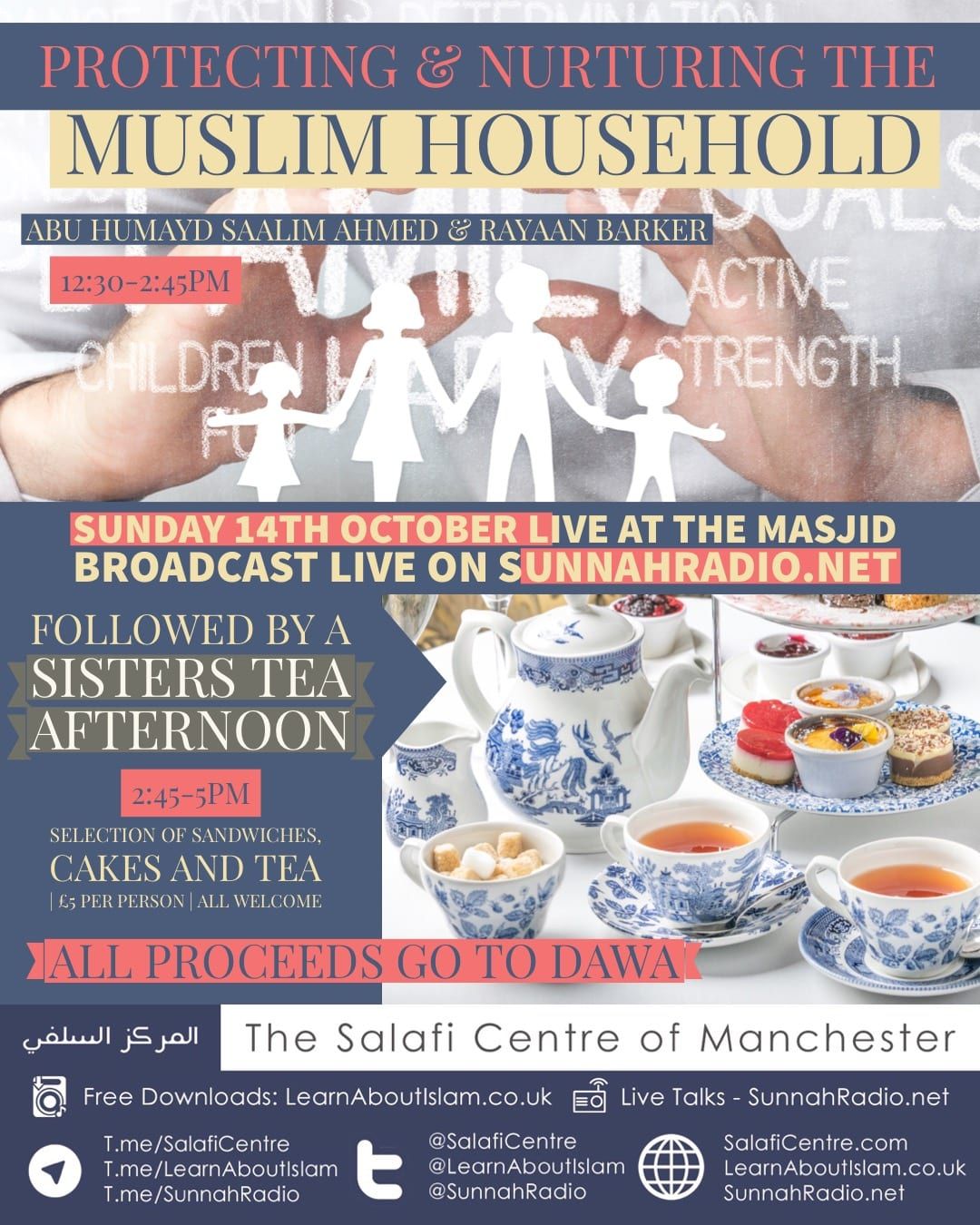 Protecting and Nurturing the Muslim Household

A lecture for all the family taken from the works of the scholars, on how to best protect our youth and children, from the perils of the dunya, and the traps that shaytaan places in front of them. A very important reminder in this modern age of temptation, vice and fitnah.

This is followed by our Sisters Tea Afternoon

A wonderful event for all our sisters, a great chance to get together. There will be stalls available also with all proceeds going to the da’wa. See posters for details.

Shaikh Abdullaah Al-Bukhaari–”It Is obligatory to attach the Ummah to the…………….”

It is obligatory to attach the Ummah to the Rabbaani Scholars, those who are well known for their goodness, steadfastness, leadership and and sound advice to the Ummah–and they are those who teach the smaller affairs of knowledge before the greater affairs. Therefore, their status must be made known amongst the people, because the scholars are the inheritors of the Prophets, as reported in the narration from the Prophet (sallal-laahu-alayhi-wasallam).

This is among the greatest virtues of the people of knowledge; and because the Prophets are the best of the creation, therefore their inheritors are the best after them.  And when it is the case that every one that is inherited from passes on inheritance to his inheritor, then the inheritors are those who take the place of those they inherit from. None will take the place of the Messengers in propagating what they have been sent with except the scholars.  They are the most worthy of their inheritance. [Source: Maqaalaat Shar-iyyah: page:15-16]