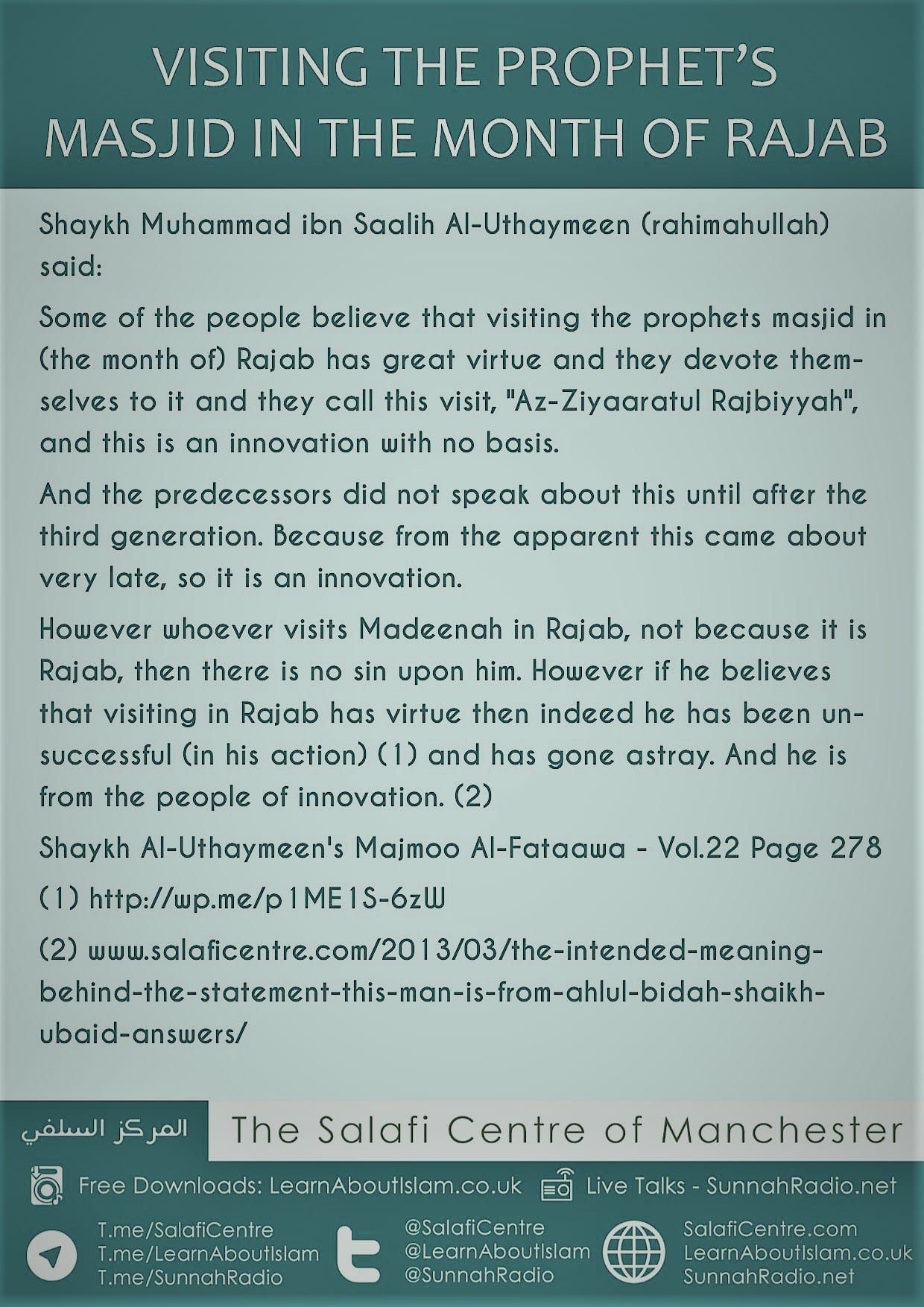 Some of the people believe that visiting the prophets masjid in (the month of) Rajab has great virtue and they devote themselves to it and they call this visit, “Az-Ziyaaratul Rajbiyyah”, and this is an innovation with no basis.

And the predecessors did not speak about this until after the third generation. Because from the apparent this came about very late, so it is an innovation.

However whoever visits Madeenah in Rajab, not because it is Rajab, then there is no sin upon him. However if he believes that visiting in Rajab has virtue then indeed he has been unsuccessful (in his action) (1) and has gone astray. And he is from the people of innovation. (2)