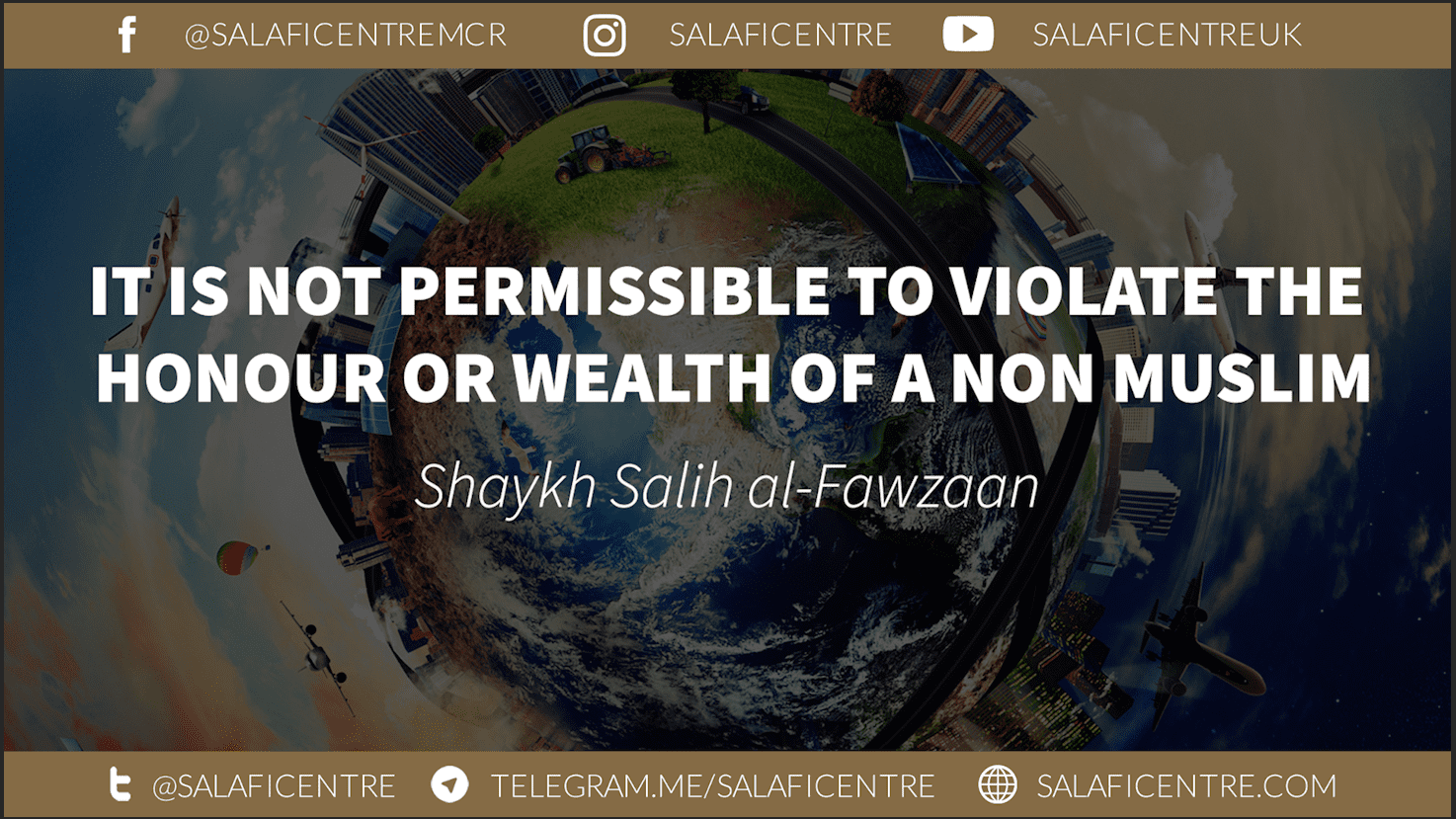 Written by Yasmin Siddiqui on December 19, 2018. Posted in Video.

(The questioner) is asking about interactions and oppressing/assaulting the non-Muslim in non-Muslim countries because they are disbelievers and are at war with the religion and it’s people, so what is the ruling on this?

Watch the full video for the answers of the Shaykh! 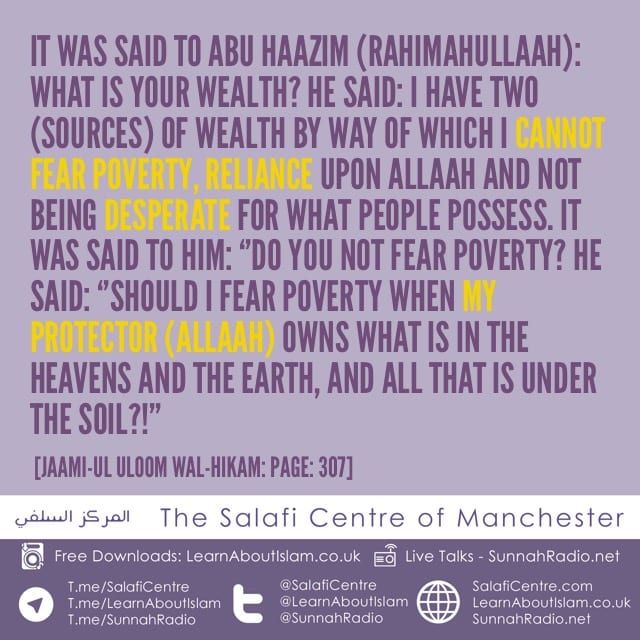 It was said to Abu Haazim (rahimahullaah):

What is your wealth? He said: I have two (sources) of wealth by way of which I cannot fear poverty, reliance upon Allaah and not being desperate for what people possess. It was said to him: ‘’Do you not fear poverty? He said: ‘’should I fear poverty when my Protector (Allaah) owns what is in the heavens and the earth, and all that is under the soil?!’’ 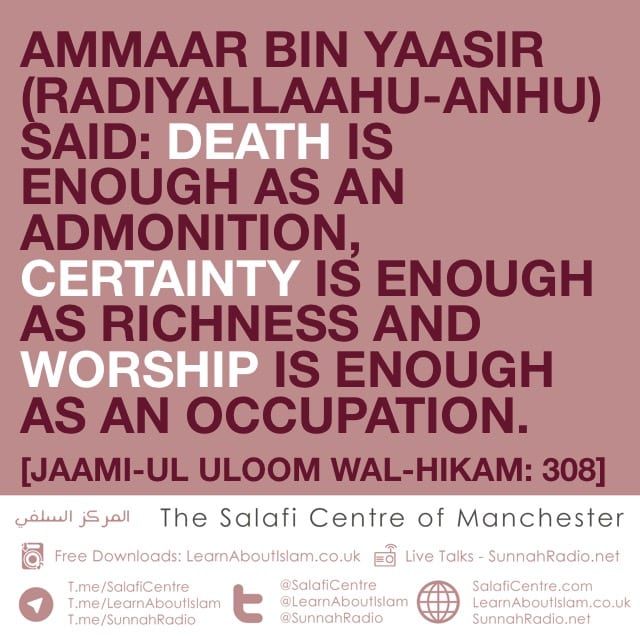 Death is enough as an Admonition – Ammaar Bin Yaasir

Written by The Salafi Centre of Manchester on April 23, 2014. Posted in Announcements, Brotherhood, Methodology - 'Manhaj'.

Pray all the brothers and sisters are well. May Allaah (The Most High) grant (us and them) beneficial knowledge, pure provision and righteous action.

We wish to make something very clear… It has come to Al Markaz As Salafi’s attention that some individuals wish to donate for Allaah’s sake.  Then we encourage them to khayr (goodness) for indeed the reward is with Allah.

However we must bear in mind a very simple affair: Allaah is the One who will establish the project; whether that is through the hands of two people or two thousand people.  Let no person with ulterior motives think that this school is a pet project for them; nor should anyone be oblivious to the fact that we will not bend to anyone’s whims and desires, simply because they gave something (little or plenty). What is most important is that we correct our intentions when giving for the sake of Allah, lest we lose any reward when doing so.

Likewise, let it be absolutely clear that money does not give a status or say in how we pursue the project. We will be consulting responsible and experienced people within the community and outside of it.  The dawa has never been based on money nor are we in need of money for favours, or to heap praise on someone; brushing aside the sound manhaj positions to gather wealth.

By the Mercy of Allah, we have seen the fitnah and errors committed; all in the pursuit of money for a project. And so we will not fall [by Allah’s permission] to those same errors; neither compromising the sound Manhaj positions nor our stances towards those who deliberately seek to dilute the correct stances towards ahlul bidah.  Donating is free for all to do and the reward is with Allah. How many children we have seen give in the projects established amongst the salafis around the country, let alone those who are wealthy.  And it is Allah who records it and indeed, Allah is sufficient as a Helper and a Guardian.