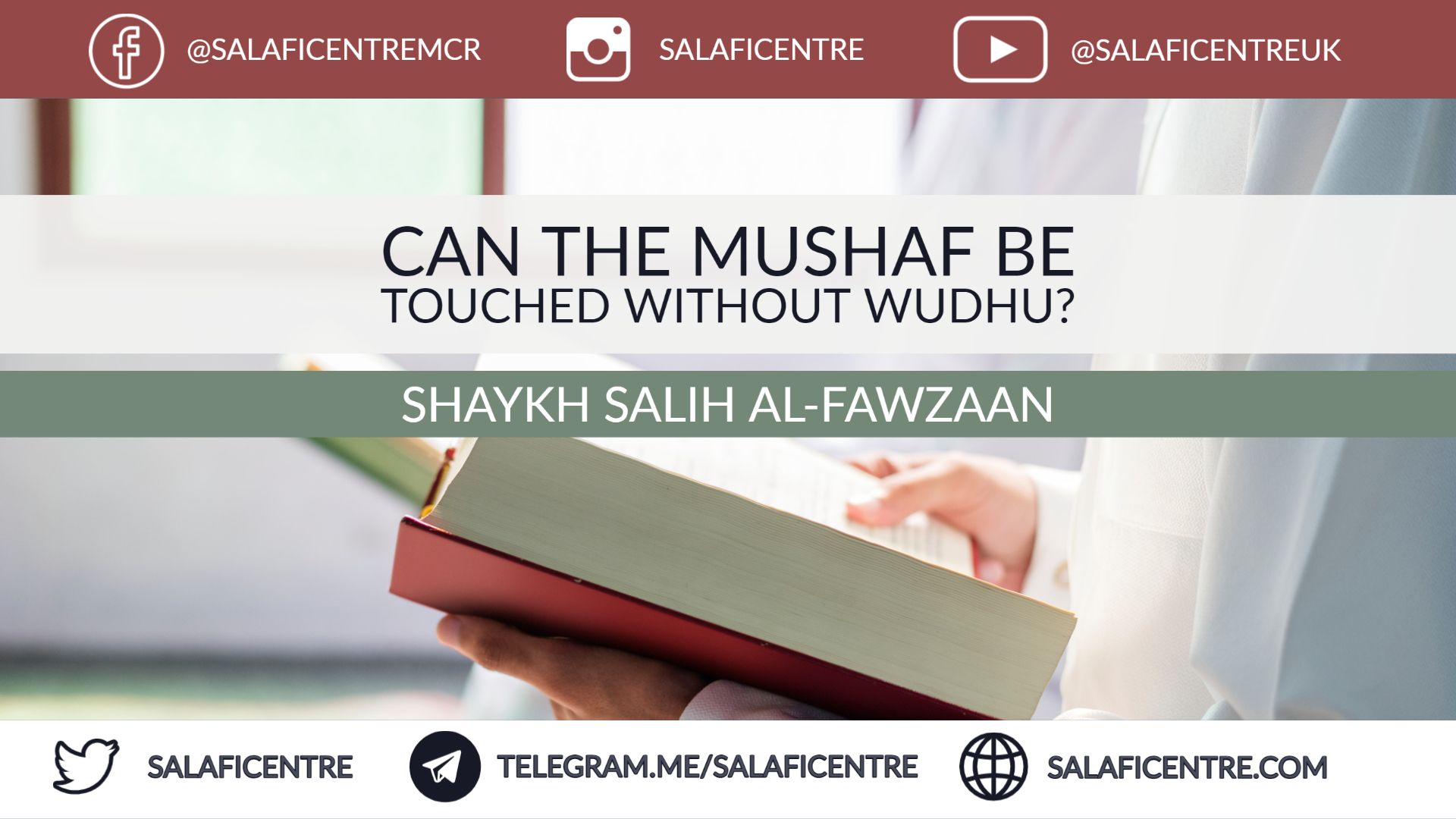 NEW VIDEO! Can the Mushaf Be Touched Without Wudhu? – Shaykh Fawzaan

Question: What is the ruling on touching the mushaf without wudhu? 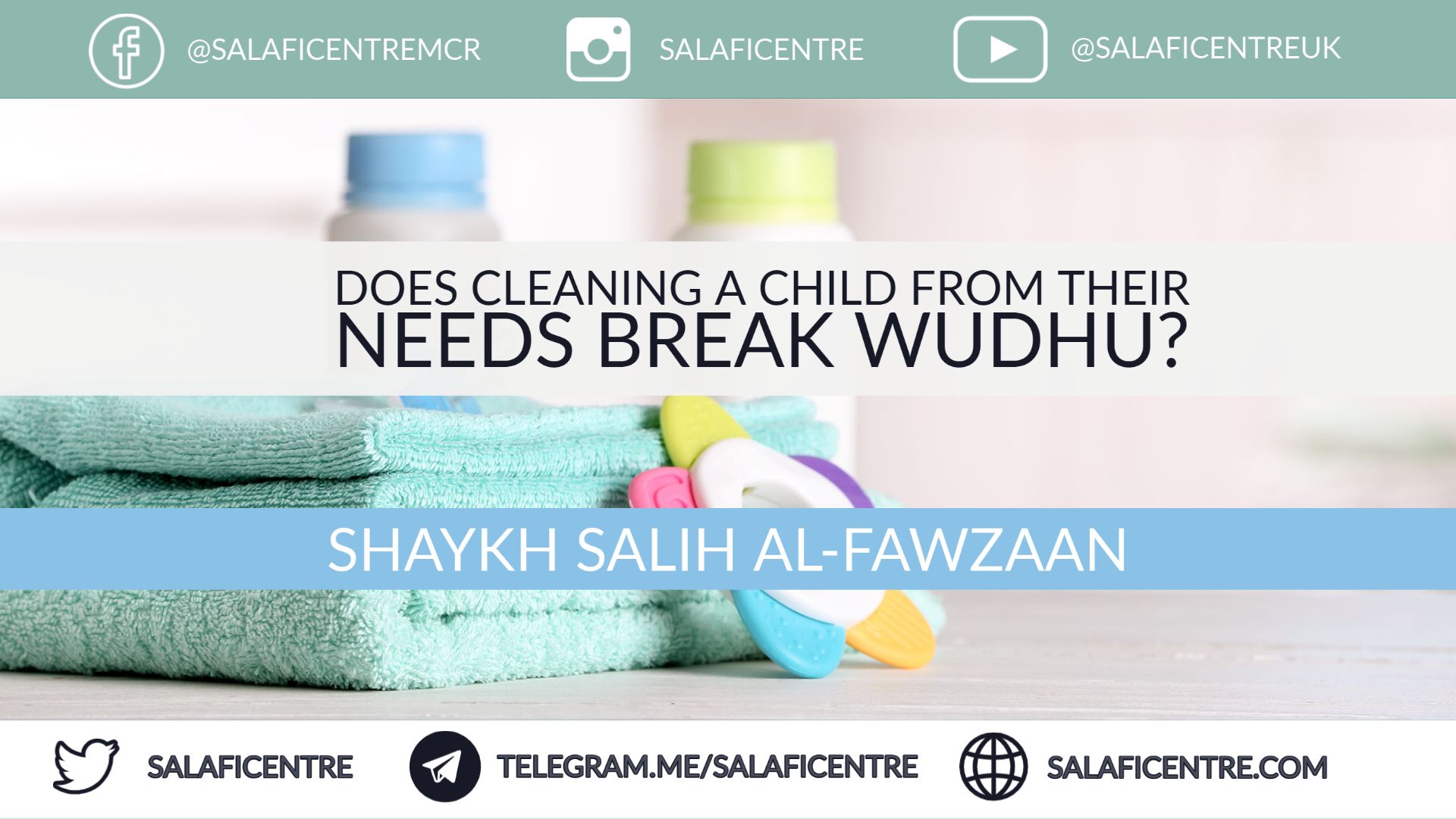 NEW VIDEO! Does Cleaning a Child from their Needs Break Wudhu? – Shaykh Fawzaan

Question: One of the sisters asks, Your Eminence, Shaykh Saalih, does cleaning children’s (private parts) from their needs break the wudhu?

What is the authenticity of the Hadith:

“whoever washes a dead person then upon him is to make ghusl and whoever carries the dead then he has to perform wudoo”?

And is this the command of obligation or recommendation? And why?

The aforementioned Hadith is weak; and verily it has been affirmed from the Prophet صلى الله عليه وسلم in other narrations, that which indicates the recommendation of performing ghusl after washing a dead person.

As for carrying (the dead person) then it is not correct to make wudoo and neither is it recommended, owing to the lack of evidence in this regard.